The Chairman, Premier League Board, Mr. Victor Lewis commenced the opening ceremony with a minutes silence in respect of the death of late Mohamed Kamara, a former goalkeeper trainer for Kamboi Eagles FC.

Mr. Victor Lewis thanked all the club representatives for their cooperation throughout the competition as he registered appreciation and thanks to all the sponsors of the Premier League, the sponsors whom include Save the Children, LEOCEM, Mercury International, SBTS Group, AYV Group of Companies, and the FA.

The Acting Secretary General of the FA, Abdul Raman Swaray thanked the Premier League Board Chairman, Victor Lewis for what he described as the courage and determination leading to the end of the league season in grand style.

Representatives of various sponsors of the Premier League Board made remarkable contributions towards the success of the league.

In another development, the CEO of Octea Mining Company, Jan Joubert told  the Premier League championship contingent, at their Wilkinson Road office that next season the team should not only win the premier league championship, but the African Champions League trophy, and as he puts it, “We will continue to support you because you have delivered your mission so well”.

He went on: “Winning the championship is amazing and we will continue to provide you with all facilities as usual and you must stay focus and maintain discipline”.

The 2011-2012 champions later met another big sponsor, Mr. Sahr Ngegba, Vice President of African OPS Sierra Leone Exploration who also thanked the team for the success at their visit. He gave the team assurance for continued sponsorship at all times when they are in need of assistance. “I will join hands with Octea Mining Company to support you fully next season”, he assured.

Mr. Sahr Ngegba who had in the past been supporting Diamond Stars FC both in cash and in kind, promised to repeat such again in the coming season.

Runners-up FC Kallon were absent but represented by their coach Charlie Wright and E.E. Lions FC the third place winners received their bronze medals while the Minister of Youths and Sports was conspicuously absent at the ceremony.

Football stakeholders were decorated with certificates while teams and players won prestigious prizes. 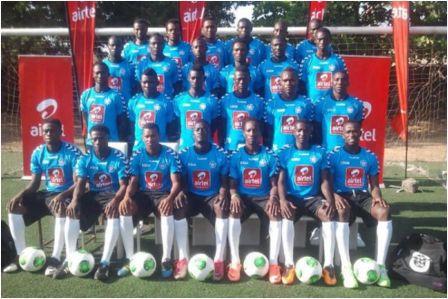 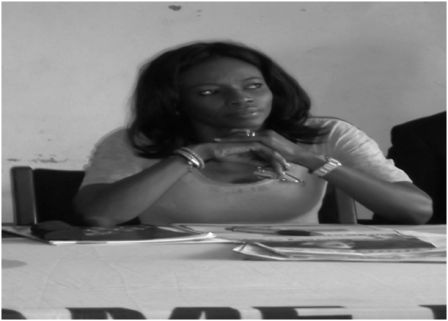