Save Mama Salone Foundation was officially launched at the Miatta Conference Hall at Youyi Building on Sunday 20th May 2012. Led by a development oriented Sierra Leonean, Dauda Kamara Junior, the Foundation is currently on a robust non-violence campaign as the country draws closer to the November 17 elections. The Foundation in collaboration with the T. Town All Stars launched a peace and unity video entitled ‘Save Mama Salone’.  The Video feature two prominent hip-hop musical stars, Amara Denis Turay alias Kaodenero and Alhaji Amadu Bah alias LAJ.  (Photo: CEO of Save Mama Salone Foundation, Dauda Kamara Jnr. Flanked by LAJ and Kaodenero)

They were presented by the Minister of Presidential and Public Affairs, Hon. Alpha Kanu to the public after their recent appointment by President Ernest Bai Koroma to serve as Ambassadors of Peace.

The Chief Executive Officer of Save Mama Salone Foundation, Dauda Kamara Junior commended all those that contributed in putting together the video which featured other upcoming stars who sent our peace messages in our local languages. He said one of their challenges is funding. “We want to take the non-violence campaign across the country. I believe that with the two Ambassadors of Peace our Foundation will make a great impact in ensuring a violence free society,” says the CEO, and added that they are planning to come up with a peace marathon, involving Presidential Candidates and other stakeholders as a sign of unity amongst politicians and their supporters. “We want to send out a clear message to the international world that Sierra Leone is safe and the country is ready to protect investors coming in to help in the development process,” says Mr. Kamara Junior.

Speaking on behalf of T. Town all Stars, Sheku Sesay said the organization comprise of talented youths that contributed greatly in putting together the video. “Our focus is to make society violence free,” he said.

Launching the video, Benjamin Jonah of the United Nations said they are getting a very sound commitment from various actors to ensure violence free and peaceful elections. He commended the appointment of LAJ and Kaodenero who have demonstrated their commitment in making the entire country free from violence. The United Nations, he said will continue its support and hoped that Sierra Leoneans should embrace each other.

There were presentations of awards to other personalities in the country. Edward Conteh Junior presented a Bravery Award to his father, Edward S Conteh who is the President of War Wounded and Amputees in the country. The trained Crane Operator explained his ordeals as a result of the rebel war. He admonished the youths to be responsible and work hard for the development of the nation.

The presentation of award for Gender Equality and Women’s Right was done by Aminata Dumbuya. She is an admirer of Madam Nasu Fofanah who has been very instrumental in supporting and advocating for the development of women and girls in the country. The story continues next edition. 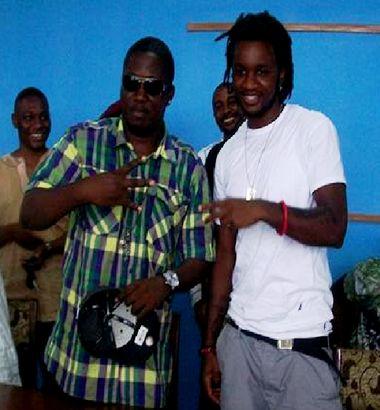