Journalists and Network for Peace & Security in Africa arrive in Mogadishu

Journalists and Network for Peace & Security in Africa arrive in Mogadishu

Mogadishu, 26 April 2012 – A group of ten journalists, members of the Network for Peace and Security in Africa (NetPeace) arrived in Mogadishu on 26 of April 2012 for a four-day field visit to the African Union Mission in Somalia (AMISOM). This field trip is aimed at further acquainting the media with the mandate and role of AMISOM on the ground, as well as the daily life of the troops in their endeavor to stabilize the country and set the basis for a deep-rooted peace.

Shortly after arriving in the capital city of Somalia, the NetPeace members attended the monthly press conference of Honorable Wafula Wamunyinyi, the Deputy Special Representative of the Chairperson of the African Union Commission (DSRCC) in Somalia. Together with the Somali press, they were briefed on the achievements and challenges of AMISIOM during the past month as well as on the progress made in the implementation of projects run by AMISOM throughout the country. General Fred Mugisha, out-going Force Commander of the AMISOM reported that the renovation of public buildings such as the Parliament, the construction of barracks for the Somali Police Force (SPF) as well as schools, were well on course. He also expressed his satisfaction at the return to normalcy in many parts of Mogadishu. “People are enjoying life again, going to the beach on Fridays and women are now able to wear their traditional clothes”, he said, adding that this would have been unexpected only a year ago.

The out-going Force Commander called on the people of Somalia to work hand in hand for peace, to reject extremism and terrorism and to further cooperate with AMISOM and the SPF so as to roll back the “criminal minds” destabilizing the achievements torward peace. According to the AMISOM, since last year, most of Mogadishu has been liberated from the terror of Al Shabab.

As part of the inception training, members of the NetPeace where briefed on the civilian, military and police components of the Public Information Unit of the AMISOM. Their programme on the 27th of April will focus on the lines occupied by the Ugandan and the Burundian battalions. 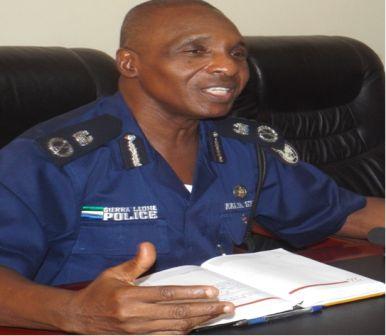