Police Armed Robbery: Now That the Truth is Here

Police Armed Robbery: Now That the Truth is Here

When this medium was constantly reporting possible police involvement in the many armed robberies carried out in the country, we made enemies with the few of our police officers around, seeing our works as that of castigating the police force as a whole. We nevertheless stuck to our grounds and mounted the campaign to rid the police force of the rotten eggs that blighted security affairs in the country.Â (Photo: Richard Bockarie)

It’s only now that the whole world has come to the realization that what we stuck to was and is true, police officers who carried out such sinister have finally been nabbed and exposed for the whole world to see. I am sure the rest of those police officers who blamed us are now relieved and probably jittery at the fact that some of theirs’ have truly been found wanting for such nefarious and ungodly act of robbing the very people they are sworn to protect.Â Â

In retrospect, it could be recalled that in the wake of such ugly occurrences that betook security situation in the country, many businesses were fast losing confidence in the security system in the country, armed robbery attacks were planned and executed with grand success with police ending up giving excuses for the incidents, down playing the seriousness of the matter and incurring much anger and suspicion from the general public that the police could be involved one way or the other; and indeed even if not the vast many of them,Â  some have been proved to be the machinists of the evil that hovered over the country security in the guise of armed robbery.

These evil seeds of Satan that hid behind the boughs of police even had the got to take the life of one of their, slaughter, rape and wrecked carnage in the lives of peaceful citizens and the business community.

This type of ostrich approach to our problem highlights two factors; first, that the police were led to cover up the reality surrounding armed robbery in the country because they didn’t seem to have control over the then apparently out of control scenario and second, that the police were covering their very back because they are the ones involved!

In the absence of that it was reasoned, why would the police want to downplay such an issue of enormous public concern, affording to say instead that the whole armed robbery saga was an exaggeration, an amplification of the reality in telling the press that armed robbery incidents were isolated occurrences and the police was in no way involved.

During the time of the debate between the Sierra Leone Police and the Media when they (the Police) argued that armed robberies were isolated cases, I had personally edited more than 10 stories of armed robberies committed in and around the country in the last one month; but the blow to them came that very day of their stout rebuttal of the allegations when the president summoned the Police and security to Bras and instituted the Military Aid to Civil Power-MAC-P

It was even more sickening, sickening to the gut to realize that the police were making such a statement only a few hours after they lost one of their colleagues to gunshot wounds from armed robbers at Leicester Road in Freetown. At lest the blood from the bullet wounds of the dead officer had even not stopped dripping from the raw wounds of the officer and his bosses could not hold back to exonerate his killers, to justify that armed robbery is a less threat to life in Sierra Leone, a lesser than what they gullibly referred to as ‘school gangsters.’

Whatever the front from which the police made their claims, it just doesn’t fall through. There is no way we could be made to understand that school boys could be more of a threat than robbers that are responsible for the current gun nemesis that has gripped the country from all fronts.

Sadly, when you talk to each home thatÂ  has seen their version of the armed robbery doom, they are always in one way or the other, having reasons to link it to the police and today they have truly been vindicated!

Not in any way insinuating that the whole of the police were involved but we are equally thankful and relieved that at least not only the stance of Sierra Express Media has been vindicated; but that the cries of the people have been heard too.

Fearing the Anger of Unemployed Yo...

Democracy and Justice afar in Kama... 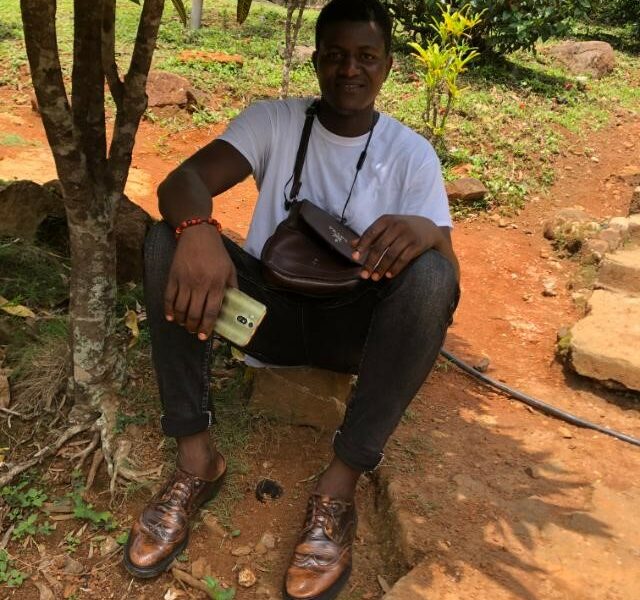