“Every citizen of this country should be guaranteed that their vote matters, that their vote is counted, and that in the voting booth their vote has as much weight as that of any CEO, any member of congress, or any president.” Barbara Boxer

Like many Sierra Leoneans I follow preparations for the November elections with great interest. BHC colleagues have reported to me on electoral registration in Bo and are preparing to do the same in Makeni. That’s because elections matter.

Elections matter because voters see things so differently: what matters to Koinadugu farmers is different to what matters to Kissi market traders; mine workers in Lunsar have different needs to fishermen in Lungi. Democratic elections bring people together to shape compromises that best meet common needs

Elections establish a framework to identify the will of the people: they shape the dialogue between government and governed that is the very essence of democracy; they establish a broad informal contract that sets out the how rights and responsibilities, needs and aspirations will be managed for the coming four years.

In November Sierra Leoneans will choose their local and national representatives and their President. International attention is drawn to this election because it illustrates the country’s graduation from fragile state to stable developing nation. Once that transition is complete self sustaining democracy should allow the country to move forward with confidence to build a prosperous future for all.

Organizing an election is an intricate business with unyielding deadlines. There is much to be done and the launch of electoral registration in January set clocks ticking. Hundreds of officials and volunteers are working round the clock to prepare. If voter registers are completed successfully they will establish a firm foundation for the voting process in November.

Like everyone else, I respect the hard work of the NEC, PPRC, SLP and others. Supported by volunteers they have collective responsibility to ensure the elections go smoothly in November. I salute their efforts so far – long may they continue.

The political parties are of course the main electoral players. I look forward to vigorous national debate on their policies and visions for the future. With such an engaged electorate (a nearly 70% turnout in 2007) Sierra Leoneans deserve an open and frank discussion of their future and the future of their children.

But political parties cannot have elections in isolation. Journalists and commentators will analyze and compare competing claims and counterclaims to make sense of what is going on. Civil Society will advocate causes dear to their hearts: the environment, women’s rights, better education. And individual citizens will discuss, argue, agree and disagree about ideas, needs and expectations. The important thing for us all to remember is that everyone has a right to express their own opinion freely. Because it is only in frank and free debate that durable compromises can be reached on how to balance complicated and sometimes competing needs across the range of society.

I look forward to working with my diplomatic colleagues, civil society, politicians and government to support free, fair and peaceful election in November. Sierra Leoneans deserve nothing less!

What would you like to see Political Parties, Parliamentarianism, Civil Society and Institutions doing now in order to make free, fair and credible elections happen in November?

Tribalism: The Idolatry Of 20th Century 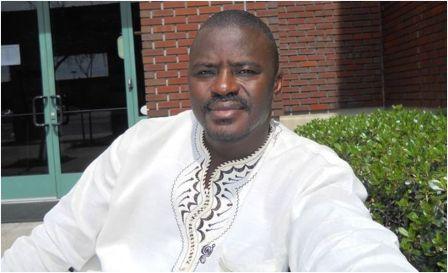 The Election Announcement And Its Implic...

That SLPP siege in Sierra Leone must be...