Sierra Leone 31st October 2011 – Liverpool FC’s main sponsor, Standard Chartered, has launched a search for the Club’s most committed supporter as part of a new Fan of the Month competition. Each month during the 2011-12 English Premier League season, one fan who has gone above and beyond to demonstrate their support for Liverpool FC will be named Standard Chartered Fan of the Month.

The Bank is looking for fans who demonstrate an exceptional passion for the Club and exemplify what it means to be a Liverpool FC supporter. The winners might be fans who have worked extra hard so that they can attend a match; who have helped the Club to grow its fan base; or unsung heroes who have helped others in the community in the name of Liverpool FC.

Every month a judging panel consisting of Liverpool FC legend Ian Rush, Liverpool FC managing director Ian Ayre, Merseyside-based The Times journalist Tony Barrett and Standard Chartered’s group head of corporate affairs Gavin Laws will choose a winner from the stories entered. Winning fans will be selected based on their commitment to the Club, the Liverpool FC community, or the community where they live. At the end of the season, the public will get to vote on which Fan of the Month winner they think should be named Standard Chartered Fan of the Season.

Gavin Laws, group head of corporate affairs for Standard Chartered, said: “Last season we recognised the talent and commitment of the players through our Standard Chartered Player of the Month Award. However, Liverpool FC is more than just the players; the fans are equally important in making it such a legendary club.  During the first year of our sponsorship, we’ve been overwhelmed by the fans’ commitment and we want to celebrate this through the new Fan of the Month award.

I’d urge everyone who believes they should be named Liverpool FC’s most committed fan to enter the competition. We’ll be choosing a winner every month, so there are many chances to win throughout the season.”

Davidson out - Robbin-Coker in as... 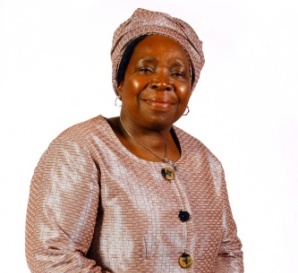