AU to hold Pledging Conference on the drought in Somalia

AU to hold Pledging Conference on the drought in Somalia

Mogadishu, July 29th, 2011; The Deputy Chairperson of the African Union Commission H.E. Erastus Mwencha made a one day visit to Mogadishu to assess the humanitarian situation and consult with the Transitional Federal Government on possible ways of addressing the crisis which is mainly as a result of the current drought affecting the country.

During the visit, H.E. Mwencha saw for himself the humanitarian situation in Mogadishu and announced that the AU Commission is planning to hold a pledging conference on 9th August in Addis Ababa as part of its commitment to supporting those affected by the drought. The Deputy Chairperson said that $500,000 of assistance had already been given by the Union to alleviate the famine.

At the 285th Meeting of the Peace and Security Council of the African Union ,the famine was highlighted as a priority. Former President Jerry Rawlings, the AU’s High Representative for Somalia, was called upon to lead efforts to highlight the crisis on the African continent to the world and advocate for more assistance from African nations.

He said; “This is not a time for second thoughts, or any hesitation. Not for more than twenty years has the continent faced such a catastrophe of food shortages that we are seeing today in the Horn of Africa. To build a prosperous and peaceful future on the continent we must come together to help our African brothers.”

During his visit to the IDP camp near Mogadishu International Airport, the Deputy Chairperson decried the terrible suffering of Somalis who have been displaced by food shortages and the lack of assistance provided by the extremists. The demand for emergency food aid in the areas under Somali government control continues to considerably outstrip supply.

“I ask the African continent, from the northern coast to the southern cape, to look hard at how they can contribute to alleviating the suffering. Around the globe, everyone must dig deep into their pockets to rescue the people of Somalia from the abyss they find themselves staring into.” He said.

At a press conference in Mogadishu the H.E. Mwencha said that the pledging conference would bring together heads of state from the African continent, regional economic blocs and international partners further afield.

He said; “The need is immediate but the plight of the Somali people will get worse, according to all the assessments taken on the ground. Former President Jerry Rawlings visited recently and showed the world what has befallen this benighted land. I wanted to see for myself the situation on the ground and continue the President’s work, ensuring that this cause is taken up at the most senior levels.”

Mr Erastus Mwencha was accompanied throughout his visit by Deputy Special Representative of the Chairperson of the African Union Commission for Somalia, Hon. Wafula Wamunyinyi. They visited the President, Prime Minister and Speaker of the Transitional Government in Mogadishu. 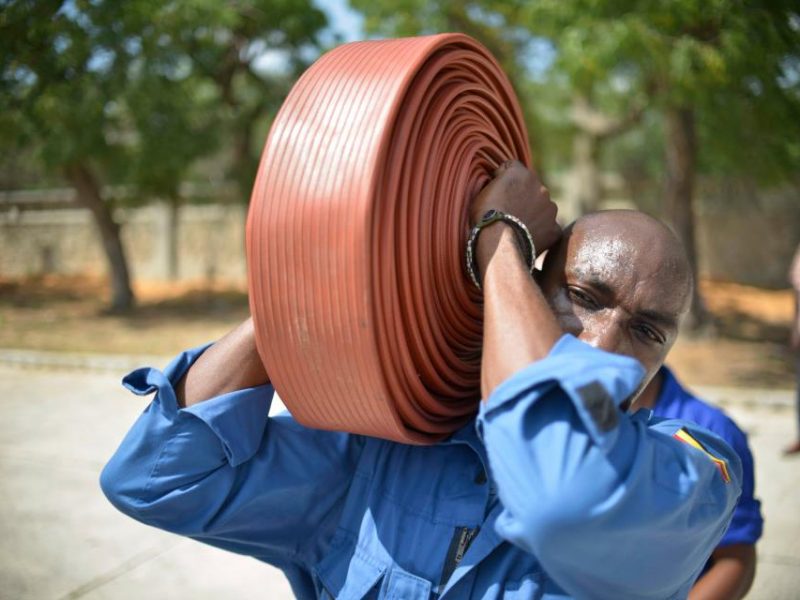