In a ceremony at the Peace Corps Office in Freetown, United States Ambassador to Sierra Leone Michael S. Owen praised this American voluntary organization on the fiftieth anniversary of its founding.  Ambassador Owen highlighted Peace Corps’ unique approach to cross-cultural exchange, its importance to U.S. foreign relations, and its role in building friendly ties between the people of Sierra Leone and the United States.  Established through an Executive Order in March 1961 by U.S. President John F. Kennedy, the Peace Corps recruits American volunteers to spend two years assisting developing nations, usually in the fields of education, health, economic development, and agriculture.

Ambassador Owen pointed out that Peace Corps volunteers first came to Sierra Leone in 1962, only one year after the organization was created.  For over thirty years, a succession of American volunteers worked side-by-side with their Sierra Leonean counterparts – living under the same conditions and sharing the same experiences.  Although the program was suspended in 1994 during the civil war, Peace Corps volunteers returned to Sierra Leone in mid-2010, and there are now more than 30 volunteers teaching in schools across the country.  A second contingent of 50 volunteers is expected to arrive in June.

In remarks delivered at the ceremony – also attended by representatives of high government officials and the Ministry of Foreign Affairs, the Minister of Education, Science, and Technology, the Minister of Internal Affairs, the Chief of Staff of the President, and other VIPs – Ambassador Owen expressed his pride at what Americans and Sierra Leoneans had been able to accomplish together.  He said that he was proud  “… to re-affirm that the same optimism that guided President Kennedy is alive and well; to reassure you that a new generation of Americans is ready, willing, and able to work with a new generation of Sierra Leoneans.”

The Peace Corps traces its roots and mission to 1960, when then-Senator John F. Kennedy challenged students at the University of Michigan to serve their country in the cause of peace by living and working in developing countries.  From that inspiration grew an agency of the U. S. federal government devoted to world peace and friendship.

Since that time, 200,000+ Peace Corps Volunteers have served in 139 host countries to work on issues ranging from AIDS education to information technology and environmental preservation.  Today’s Peace Corps is more vital than ever, working in emerging and essential areas such as information technology and business development, and contributing to the President’s Emergency Plan for AIDS Relief.  Peace Corps Volunteers continue to help countless individuals who want to build a better life for themselves, their children, and their communities.

The ACC meets the Lebanese communi... 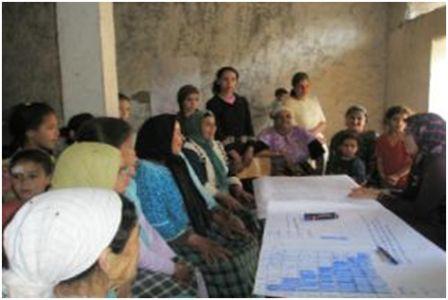 A Legacy of Peace Corps Service in Moroc...