A Rwandan government programme to destroy all thatched roofs in the country is leaving thousands of Batwa ‘Pygmies’ homeless.  (Photo: A family stand amidst the ruins of their home © COPORWA/ Survival)

Hundreds of Batwa families have seen their homes destroyed in recent months, forcing them to live in the open during the rainy season.

The authorities plan to destroy all thatched roofs in the country by May this year. Under the destructive scheme, families with means are meant to build new houses at their own expense.

The very poor (which include almost all Batwa) are supposed to be provided with iron sheets to replace the thatch, and the sick and elderly should be given completely new homes. But many huts have been destroyed without new homes being provided.

The roof of this Batwa house was burnt as part of the government’s programme. ©COPORWA/Survival

Among the most affected are the Batwa, the most marginalized people in Rwandan society. Rwandan Batwa are subjected to deep-seated racism and discrimination on a daily basis.

In Rwanda’s Southern Province, 30,000 thatched huts are said to have been destroyed in the last three months. Thousands of families have been left homeless.

The Governor of the Southern Province has justified the demolitions by saying ‘people were seemingly happy to stay in their thatched houses and showed no commitment to leave them.’ Survival International has protested to the Rwandan authorities.

Many families have been left homeless ©COPORWA/Survival

Stephen Corry, Survival’s director, said today, ‘Destroying Batwa’s homes, against their wishes, leaving them drenched by the rains, sounds like a sick joke, or the action of an enemy force. That their government is doing this ‘for their own good’ is deplorably arrogant. You don’t improve people’s housing by demolishing their existing homes and leaving them with nothing.’ 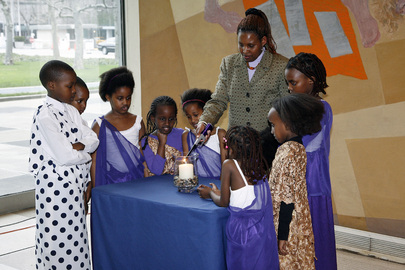