Two weeks ago in Egypt, you would have thought that the only remaining supporters of Hosni Mubarak were his children, his wife and a few hangers-on. The ongoing strikes made you think that he was the most hated man in the Middle East. It might sound like an exaggeration but some people might beg to differ. As the days go by, and with Mubarak’s tendency for recalcitrance rising to deafening levels, a new image is emerging on the political canvas of the country. Judging by the mass protests two weeks ago, it would have been unthinkable to see anyone saying a good word about Mubarak, at least on camera. The recent counter anti-protesters (pro Mubarak in English) on the streets seem to suggest a wind of change.  (Photo:  Abdulai Mansaray)

Mubarak’s point of departure was his firm believe that the protesters would be worn out, given time. He even declared that he had PHD in stubbornness, and that he would rather die on Egyptian soil. Behind the scenes, it is unquestionable that like swimming ducks, serious political and diplomatic paddlings have been taking place underneath; and behind closed doors. (just ask Wikileaks) . Championed by The US, support for peaceful transition, release of political detainees and the revoking of the emergency laws, which had come to characterise Mubarak’s regime, have grown louder.

Nevertheless, it is the recent tidal wave between pro and anti Mubarak Egyptians that may become worrying. On Tuesday, the pro-Mubarak faction seemed to outnumber their counterparts. It will be too presumptuous to think that it is a sign of things to come. Let’s try and hazard some guesses for this new wave of Hosanna echo chambers. One theory is that in truth, some are actually running out of patience with Mubarak or running out of steam. Considering that since the uprising, people have not been to work, businesses, farms, schools and every strand of the Egyptian life had almost come to a standstill.

The implications or repercussions could be felt in homes when the same bread winners are busy fighting for a better future. A hungry man can be an angry one. With Mubarak tiptoeing on the political chessboard, some people may be losing their resolve and would rather protest on full, rather than an empty stomach. I am not suggesting an outbreak of farming in Egypt, but to go for three weeks without pay is a hefty price to pay for most people. Some may have come to the conclusion that Mubarak is not worth fighting for, and so not worth dying for. In frustration, they might see the anti Mubarak camp as responsible for their suffering; hence become  the brunt of their hunger, sorry frustration.

Conspiracy theorists would have you believe that the pro Mubarak group are his henchmen in disguise. I take conspiracy theories with a pinch of salt, as they often cause factual constipation. But with Mubarak’s track record, you wouldn’t put it past him.  Up to this point the army has remained or appeared neutral; …ehhh in uniform. On the ground, it’s a different kettle of fish. Seeing men on camels and horseback is too akin to trained riot control personnel. It is unfortunate that Mubarak is happy to sit back and see his own people stone, kill and tear one another to bits, just because of him. He had been there for so long that his hubris, which is bordering on the delusional, is yet to take over him.

Like a pole dancer, America has tried feverishly to maintain a diplomatic and political balancing act. Clarion calls have come and gone. With pressure from everywhere, America would have to do more.  America and the West’s stance were initially,  to gently nudge Mubarak and Egypt into a period of transition. But as Mubarak digs in, The White House has been forced to give a daily commentary on the Egyptian debacle. As a result of mounting pressure from sympathisers, vested interests and with its position as The High Priest of democracy, America is slowly boxing itself into a corner; as the daily press releases start to take a defensive tone. On the one hand, America has to be seen to be piling pressure on Mubarak, but on the other, such demands could be better served in private; with some hand wringing.

America has been one the best props of Egypt, sorry the Mubarak regime. Others may see that relationship as one between a puppet and his master. Mubarak kept a firm grip on his people partly because he had the army on his side. No surprises that in his time of need, he calls on one of his trusted aides to oversee this masquerade. The louder the US calls for him to go, the risk is that some people may feel that their destiny is been decided from outside. The irony is that when the odd tear gas, rubber bullet or water cannon is released in the crowds, with “made in USA” written on it, you wonder who they will be more angry with.

America does not need to convince the world that it is doing something. The world knows that as usual, it will lead  in trying times. The danger is that America would not want to appear to cry more than the bereaved. Mubarak is a desperate man. He may feel abandoned by his best friend, in his hour of need. Desperate people do desperate things. I heard that a pipe that supplies Israel was partly blown up recently.  You wonder why now. It is easy to fire jingoistic sentiments in such situations.

The White House and The West could continue to wring and twist the hands under the table than give a running commentary on the issue. If Mubarak has to go, he may not want to appear that he did so because the US asked him to. It will be too humiliating (not that I won’t pay to see that), but it will fit into the puppet role and image that some regard him to be. But again, a desperate man can use it to generate anti-west sentiments to his advantage, especially if they are Professor Emeritus in Stubbornness. That is the political gymnastics that may need to be negotiated. With both sides holding their ground, it is now a question of who will blink first. Another guy in Italy has been getting calls to quit. Any facial similarities?

5 to face court for robbery, rioto...

The case against Julius Maada Bio 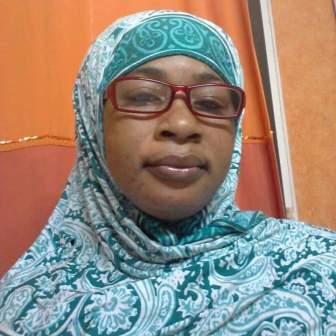