Freetown – The Secretariat of the Sierra Leone Association of Journalists is proud to announce that the Association has been upgraded as a FULL MEMBER of the International Federation of Journalists (IFJ) almost exactly 40 years since SLAJ was founded in June 1971. This comes after a recommendation by the Administrative Committee of the IFJ to the Federation’s Executive Committee which met last week and agreed the approval which was communicated to us today by the IFJ President Jim Boumelha.

In especially the last one year, the SLAJ President, Umaru Fofana has written a series of letters and held several discussions with IFJ officials and members, most notably during the recent triennial congress in Spain this year, arguing the need to upgrade the Association’s status to a FULL Member citing the clout it now has.

Referring to the news as an early New Year’s Day present, the SLAJ President expressed excitement over the development saying: “I am very excited by this news which can be likened to a country being admitted to the United Nations. It only means that my administration has not just been fighting for journalists and journalism in the country, but we have also shown character and dedication abroad to uplift our status in the eyes of our colleagues in other parts of the world”, Fofana said.

“I, and I am sure most of other members, never knew SLAJ was not a Full Member of the IFJ until I became President, and I was both shocked and disturbed by it and said that must change”.

SLAJ for years was only an ASSOCIATE MEMBER of IFJ which is the world’s largest grouping of journalist unions with tremendous influence and confluence and support to its members; which meant that it had no voting right either at the IFJ or at the Federation of African Journalists. 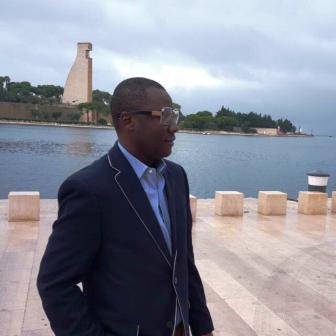 How we can shame Elliott?