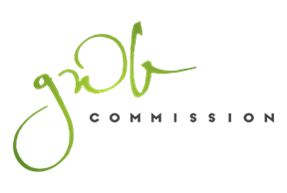 The annual event which be held on Saturday, April 27th, 2013 at the Howard Theatre at 620 T St NW, Washington, DC 20001 brings together Sierra Leoneans from the continental United States to celebrate their country, her people and all whose laudable efforts in their communities, at home and in the Diaspora, make Sierra Leone very proud.

Known around the world as one of Africa’s most inspiring leaders, Dr. Yumkella will be honored for his many contributions to the global community and his leadership and passion for energy and environment-related causes and in addressing issues of global poverty. In Africa, he is widely recognized for his unending efforts to address Africa’s problems and future.

Through his work at UNIDO, the 54 year old UNIDO Director-General has played a leading role in global advocacy and public policy and has been a passionate supporter for pro-poor sustainable industrial and agribusiness development as a means of wealth and job creation and the economic empowerment of the poor including women and the youths. His activities at the global community and in the continent have undoubtedly helped to put Sierra Leone, his native, on the forefront.

As a former Minister of Trade, Industry and State Enterprises in Sierra Leone, Dr. Yumkella was instrumental in leading the formulation of commerce and industrial policy, implementation and monitoring as part of economic reform programs. He also promoted market reforms and signed Sierra Leone’s accession to the African Regional Standards Organization (ARSO) and launched initiatives to promote private sector development establishment of public-private sector partnership and dialogue mechanisms.

He served as a member of the ministerial-level structural adjustment monitoring committee which provided oversight on policy reforms dealing with rationalization of the civil service work force, judicial reform, petroleum product pricing, and monetization of the rice subsidy.

In September 2011, Kandeh Yumkella was appointed by the United Nations Secretary-General as Co-Chair of the High-level Group on Sustainable Energy for All. This followed a decision by the United Nations General Assembly to designate 2012 as the International Year for Sustainable Energy for All. As Co-Chair of this High-level Group, Kandeh Yumkella helps to guide the initiative aimed at highlighting the need for universal access to energy as well as increased energy efficiency and enhanced deployment of renewable sources of energy.

Sarran Lan Jabbie, GWB Commission Co-Chair, noted Dr. Yumkella’s selection as a remarkable one. “His professional career is an impressive one that we would like to highlight and share with our peers to show young Sierra Leoneans how hard work and dedication will pay off, not only to us young people personally but to Sierra Leone, as well.”

About the Green, White & Blue Commission

The GWB Ball is an elegant and upscale event hosted annually by The GWB Commission commemorating the independence of the Republic Sierra Leone and celebrates its rich culture.

Let There Be Light: But at What Pr...