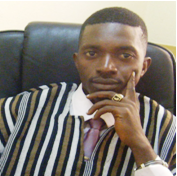 Success it is often said is the manipulation of failure in the opposite direction.  I have over a period of time tenaciously held on to this statement, making it a primary component in my philosophy of life and thought processes since my secondary school days.  I have deliberately made it the opening in the part two of this article so as to create a picture in the minds of readers on the realities of what is to follow.

In part one of this article, I delved into the aspect of investment and the strides that have been made by his Excellency President Ernest Bai Kororma in laying a solid foundation for a realistic and sustainable venture for our country’s development.

Briefly, I touched on the considerable improvement in energy throughout the country, the security sector, the improvement on governance such as the strengthening of the Anti Corruption Commission, and most importantly, the establishment of the Sierra Leone Import and Export promotion agency which came into being in 2008.

My primary focus was on the investment sector and the gains the Country is already making in getting credible investors to invest here. SLEIPA indeed has achieved a lot and a lot more will be achieved as time goes. I mentioned notable brand names such as the CARITORY, CLMAX, MYRO, IDEAS UK HILTON’S etc., some of these are already on the ground working.

I also mentioned the just concluded conference on investment which I noted was a follow up to the stand up call conference held in London in 2009.  Over 300 investors attended that two days conference but above all, I noted the current growth rate of the Country’s economy which stands at 5% but has been projected to shoot up to 51 percent in 2012 which just around the corner.

These are no fictitious claims but tangible truths which will stand the test of time.  These assertions are predicated on the premise that president Koroma is indeed making giant strides in Sierra Leones development.  To this end, I want to now shift attention to a very important aspect of development which development proponent so often neglect in this part of the world and the lack of which makes development cosmetic in the real sense of the word when one looks critically at the development process. This component is important and president Koroma could not have been more wise in coming up with such a kind of thinking. It is the lack of such creative thinking in our country’s development history that has left it unproductive, under developed and almost incapable of charting a clear way forward for the development for its populations. This clearly is planning. Where planning is lacking, failing is imminent. We must understand from history that nations have been built from disparate groups, and nations have become prosperous by moving systematically from their former poverty stricken conditions by dint of visionary planning, state intervention, hard work and sometimes skullduggery.

The planning for the Country’s development for the next fifty years through the proposed conference on development and transformation that is to be hosted in Freetown from the 21th to the 14th January  2011 could not have come at a more appropriate time than now.

After five decades of time wasting and resource squandering, it is only fitting that the pieces of the past are put together with a new kind of thinking for national development.  Alas, with the speculations that the country’s GDP will more than quadruple by next year, it will be foolhardy to forget the past errors.

In comparison foremost however, I would like to look at a particular country as a typical example of how Sierra Leone as a nation could have a clear vision for its future and how it could copy from it for positive transformation. It is also however worthy to note , that the transformative venture that has pushed Malaysia to its current developed and economically viable status, could not have been without the clear vision of it leadership as currently been displayed by president Dr. Ernest Bai Koroma.

Malaysia today stands out in Asia as one of the most successful nations in the east, been regarded as one of the giants in that region of the world. It can boast of one of the best economic records in Asia with an annual GDP growth rate of 6.5 % since 1957 to 2005. By 2010 the GDP per capita (PPP) was $ 414.400 billion, the third largest economy in ASEAN and the 29th in the world.[1]

Malaysia can boast of multi million dollars of industries and is also spreading its tentacles as per investment almost everywhere. Home grown industries primarily boost the country’s economy while tourism also serves as the third largest sources of income for the country.

Their story is simple; they did it the Malasian way and with clear strategic planning too. They utilized a model of development that best suits their circumstances and conditions.

In the April 2011 editions of New African Magazine pg 24, the former prime minister of Malaysia Tun Musa bin Hitam gave some insights on how Malaysia got to where it is today. Talking about planning, he noted that when Malaysia got independence, they went for development through long term planning and the result of that planning is what is been experienced today. The economic base was diversified instead of depending on one industry such as the case in Sierra Leone which depended hugely in the diamond mining sector regardless of the enormous potentials that exists in agriculture, Marine resources, tourism etc. Palm oil, which remains the main crop in Malaysia and which is fondly regarded as “oil power” in that country, continues to roll in millions of dollars as revenue for that country.

Sierra Leone can still boast of huge potentials for oil palm. Five years at a time according to Hitam, Indonesia diligently implemented it strategic plans and in the process strengthened the human resource base of its civil service for the sustainability of it development agenda.

Referring to another important aspect of development, Hitam stated: “We have one of the best system for collecting taxes. I will tell you this because many developing countries do not collect taxes. The richer the country, the less taxes they collect for development. Here, the British introduced a very efficient tax system. Nobody can escape it. We have strong enforcement of the tax regime.”

Coming back to the Sierra Leone conference on development and transformation for the next 25 to 50 years, there is a lot we can learn from the ‘Malaysian Experience’.  The first of which is a precise digging into the tangible potentials that exist in every facet of the country’s potentials in it natural riches in addition to what is already known. Taking inventory of all there is through scientific research and mappings will help us not to be swayed by new discoveries.  Secondly, prioritizing the most productive aspects in terms of yielding maximum benefits from extraction and exploitation of natural resources will be prudent. Managing natural resources happens to be the first issue among the thematic issues for the planned conference. This thinking is strategic as we are now on the verge experiencing a boost in the country’s economy with the soon to commence exportation of Iron Ore by the African Minerals and London Mining.

The upcoming conference in relation to the management of natural resources intends to examine and generate options for management of the country’s various natural resources focusing on how to create sustainable income flows with appropriate management of the environment. This is relevant because future generations stand the risk of perpetual misery if there is no clear strategy or process for environmental protection and preservation.  No matter how long mining occurs, there will come a time when the need for mining will no longer exist.  That is, when there would be no reasonable deposit of iron ore or bauxite worth investing in. This also implies that what is accrued as royalties from these extractions should be properly and wisely utilized so as to provide alternatives when income from this end will no longer be feasible.

Some questions to be reviewed therefore will be:

There is also the significant theme of governance, both political and economic. This invariably is the most important as most of the conflict in Africa and indeed Sierra Leone can be traced from this thematic issue. It was one of the main causes of the eleven years civil war. The marginalization of segments of the society combined with the collapse of the economy that rendered the state incapable of performing its essential functions, constituted the causes for, and the effect of the failure of political governance. The lessons of the past must be learnt in addition to the recommendations of the truth and reconciliation commission (TRC) with a view to avoiding their repetition in the future.

With the current state of many European economies and the recent financial meltdown of advanced countries, the vital role of monetary institutions and the monetary and fiscal framework around which the economy functions need to be revisited.

Economically also, a strategy that relies on the private sector to stimulate or promote growth must now be very carefully crafted and monetary policies that are neither excessively free, nor arbitrarily restrictive should also be developed.  Improving the role of the diaspora, delivery of social services, private sector and infrastructural development constitute the other themes that the conference will focus on.

Clearly as part of the country’s development process it is remarkable that President Ernest Bai Koroma continues to put the first things first. The recommendations of this conference it is hoped, will serve as the blue print for the country’s development. This planning should be a must in participation by all who want to see a progressive Sierra Leone. K

udos to a visionary president.