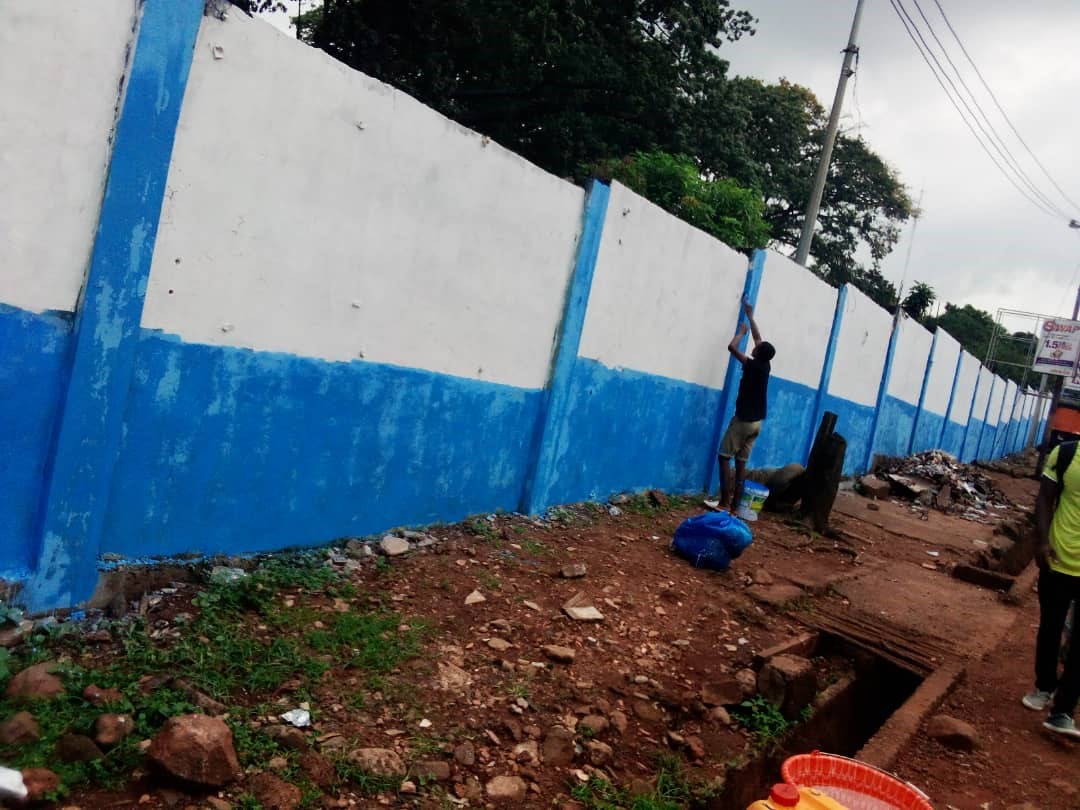 As part of his continued efforts to nation building, the CEO of Tumac Group of companies, Dr. Mohamed Tunde Macarthy popularly known as Tumac, one of Sierra Leone’s business tycoons and philanthropic gurus has over the weekend facilitated the rehabilitation of the Kissy Mess Mess, Macaulay Street/ Circular Road and Aberdeen cemeteries.

The refurbishment of the said cemeteries, which costs around thirty to thirty five million Leones, according to Dr. Macarthy, in an interview with this medium forms part of his company’s Corporate Social Responsibility and self -funding community project activities which he has always been performing.

According to him, the rehabilitation of the fences is just a continuation of the charity work he has been doing all over Freetown, adding that he has done developmental work including promoting youth activities; helping the poor and needy and other social activities, such as assisting schools, building schools, construction of feeder roads, giving scholarships to university students across the country among several others.

Dr. Tunde Macarthy, who is the owner of Tumac Radio, Tumac Security Agency, Tumac Real Estate and Construction Company, Tumac Film Production, Tumac Water, Tumac Pharmaceuticals etc., said developing Sierra Leone is his dream and that he has always been offering such humanitarian gestures since he returned to Sierra Leone in early 2000 after making bulk of his money in the United States of America and that his contribution to national development is in line with building the social and economic infrastructure of the country. All these works, he said have nothing to do with politics but rather driven by his love for the country and its people.

He assured that he will continue his good works for the country without any hindrance.