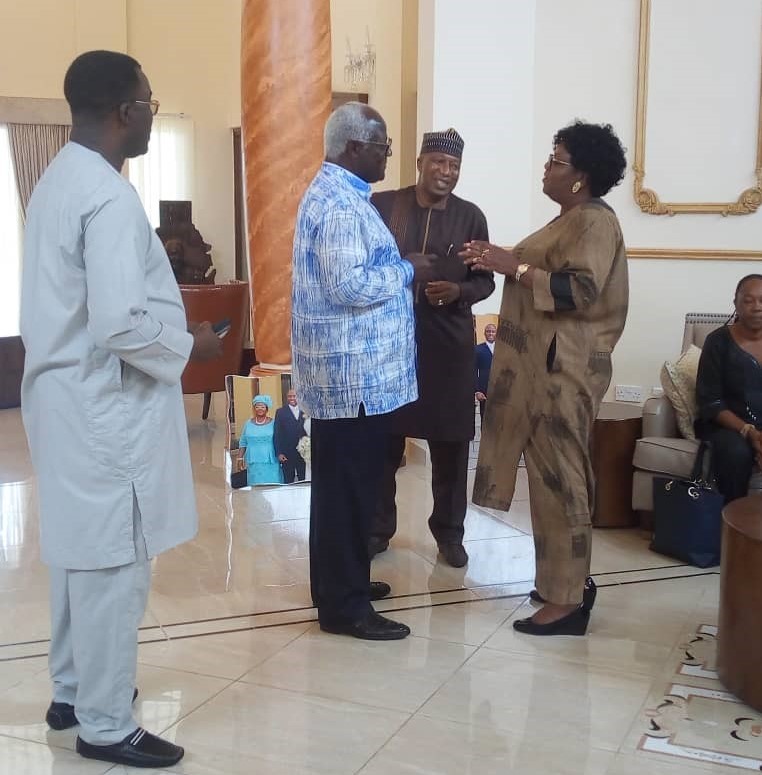 Madam Sirleaf,  is in the country to witness the launch of the Tejan Kabba Foundation for Peace and Democracy in honour of Sierra Leone’s late president Alhaji Ahmad Tejan Kabbah. But before the event, the former Liberian President decided to pay a courtesy call on her brother and colleague, former President Ernest Bai Koroma at his residence in the Northern headquarter town of Makeni.

Former President Koroma himself was also invited to grace the launch of the foundation and he had shown willingness to do so provided the state restores his security.

It could be recalled that the Government of Sierra Leone had unceremoniously withdrawn the state security attached to former president Koroma on the grounds of what they called ‘routine security rotation’. But the former president objected to the unceremonious manner in which such so-called routine security rotation was done, saying it was “suspect, discourteous and unacceptable”. This was in view of the fact that he was not in any way informed of such changes to his security detail beforehand.

Unfortunately, despite his protestation and his expressed concern for his safety, the Government of Sierra Leone has not restored the former president’s state security which has invariably prevented him from attending the launch of the Tejan Kabbah Foundation in Freetown.

While serving as presidents of their respective countries, both President Sirleaf and President Koroma worked amicably in several regional and sub-regional peace initiatives and even after they have democratically handed over political office, the two leaders hold each other in high esteem.

SLPP Gov’t May Face Sanction If…...