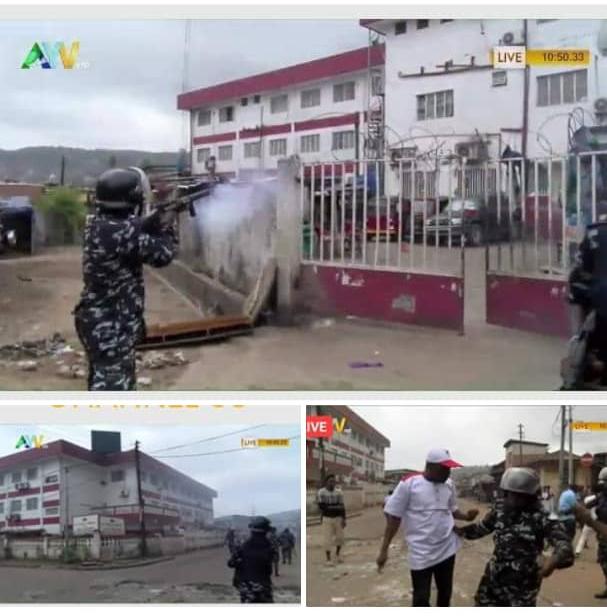 The Native Consortium and Research Center (NCRC) Condemned the excesses force by the Police on the APC party office.

The NCRC has viewed with shock images shown on TV stations and videos circulating on social media of the Sierra Leone Police using excessive force against protesters of the opposition All Peoples Congress at the party headquarters in Freetown.

As the clouds of tear gas lift, a clearer picture emerged which shows police used excessive force to calm down the situation. The level of unprofessionalism was shown where police officers and protesters were throwing stones at each other.

Whilst policing demonstrations is a difficult task and some protesters may have committed unlawful and violent acts, it is essential that both laws of Sierra Leone and international human rights law are respected. The police have a duty to maintain public order, and in doing so they may use force only when strictly necessary. If the use of force is unavoidable, it must be done with restraint.

We also want to admonish the supporters of the APC within the party office to keep the peace and stay away from any lawless behavior to avoid any such action from the police.

Lastly we call on the authorities to launch an independent  investigation to avoid any repeat of such unfortunate situation.