Without Rules Of Evidence Commissions Of Inquiry An Absolute Trash 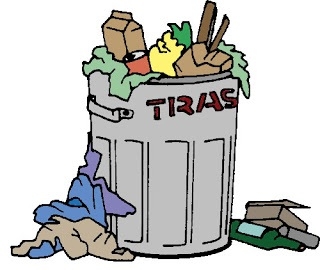 Without Rules Of Evidence Commissions Of Inquiry An Absolute Trash

I have seen several legal debates over the proposed setting up of the Commission of Inquiry to investigate persons who served in top government positions between the periods of September 2007 to April 2018. As a journalist in Sierra Leone, I have chosen to join the debate along with my below sighted points.

What has been at the heart of this debate is that most concerned Sierra Leoneans including our Sierra Leone Bar Association have raised attention to Section 6(1) and 6(2) of Constitutional Instruments Number 64, 65 and 67.

”For the purpose of sub paragraph (1) the Commission shall not be bound by the rules of evidence in civil and criminal proceedings.”

Meanwhile, to further delve into the importance of evidence in the procedure of the Commission of Inquiry, let me use the longstanding legal maxim which says “HE WHO SEEKS EQUITY MUST DO EQUITY”. This maxim is actually saying that anyone who seeks justice must equally do justice to the other person. Reason being that the law does not condone impunity of violation of the fundamental human rights of another person.

It is very clear and that all of us know that there are so many inconsistencies, irregularities and alleged defamatory statements in the Government Transitional Team (GTT) Report, the basis for which the Commission of Inquiry is set. The rules of evidence, if applied, will definitely serve as a platform for which innocence will be vindicated. Except that government wants to agree that the basis of all the evidence gathered for the Commission of Inquiry is HEARSAY. Thus, lawyers will agree with me that generally HEARSAY EVIDENCE is not admissible in court.

As a result, if we allow the Commission of Inquiry to be setup without it been bound by rules of evidence, we risk as a nation to unjustly and unfairly treat our very own citizens.

Section 23 of our constitution makes it clear that everyone has secured protection before the law, and an accused is presumed innocent until proven guilty by a very competent court of law. This particular Section 23 is an entrenched clause in the constitution.  Section 28 states the remedy for violations of human rights including the one talking about secured protection of the law.

“Subject to the provisions of subsection (4), if any person alleges that any of the provisions of sections 16 to 27 (inclusive) HAS BEEN, IS BEING OR IS LIKELY TO BE CONTRAVENED IN RELATION TO HIM BY ANY PERSON (or, in the case of a person who is detained, if any other person alleges such a contravention in relation to the detained person), then, without prejudice to any other action with respect to the same matter which is lawfully available, that person, (or that other person), may apply by motion to the Supreme Court for redress.

(2) The Supreme Court shall have original jurisdiction—

(3) and may make such order, issue such writs, and give such directions as it may consider appropriate for the purpose of enforcing, or securing the enforcement of any of the provisions of the said sections 16 to 27 (inclusive) to the protection of which the person concerned is entitled”

Meanwhile, to protect arbitrary use of power by our courts of law, our judiciary in Sierra Leone is in a very strict hierarchical structure. This structure is thus: Local Courts, Magistrate Court, High Court, Court of Appeals and the Supreme Court, respectively, with each superior court having supervisory jurisdiction over inferior courts.

It will surprise many that the APC will actually benefit from this blunder from our MPs not to have asked the Attorney General to amend issue of the application of the rules of evidence, and thus stand risk of rendering the entire Commission of Inquiry useless.

“The Supreme Court shall have supervisory jurisdiction over all other Courts in Sierra Leone AND OVER ANY ADJUDICATING AUTHORITY; and in exercise of its supervisory jurisdiction shall have power to issue such directions, orders or writs including WRITS OF HABEAS CORPUS, orders of CERTIORARI, MANDAMUS and PROHIBITION as it may consider appropriate for the purposes of enforcing or securing the enforcement of its supervisory powers.”

The Court of Appeal or the Supreme Court can issue a MANDAMUS to the commission asking them to operate in conformity with Section 150 of the constitution.

Section 150 of the Constitution states:

“Subject to the provisions of this Chapter, the Rules of Court Committee shall, but Constitutional instrument, make rules regulating the practice and procedure of all Commissions of Inquiry.”

Thus I believe the Supreme Court could likely stand to uphold the law on this. The APC did it in 2002, when the Court of Appeal overturned the decision of the High Court in the case of *ALL PEOPLES CONGRESS AND OTHERS V SPEAKER OF PARLIAMENT AND OTHERS,* the party might get it this time around again.