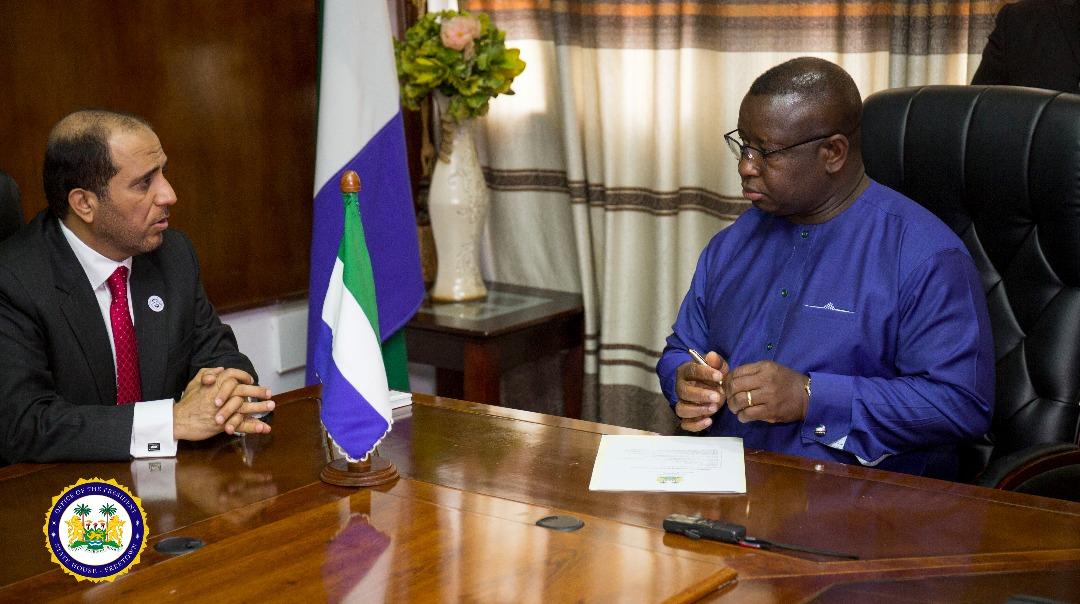 The envoy further stated that the visit to Freetown was also meant to deepen existing relationship between the two countries, adding that Abu Dhabi, the capital city of the oil-rich Gulf state, was fully committed to the development agenda of Sierra Leone. He said he was looking forward to exploring more areas of cooperation.

In his statement, President Bio said that his new government was building on the friendly relationships across the world and evaluating prospects at deepening and broadening them. He thanked the government of UAE for their support to the West African nation, particularly in areas of providing scholarship opportunities for students as well as supporting the last Muslim Pilgrimage to Holy land of Mecca that was successfully organised by the government in Freetown.

He added that his government had prioritised education as its flagship project and had already launched the first ever free quality education in the country, since independence in 1961, because of its importance to nation-building. He also mentioned that his government was hopeful that the UAE would cooperate on developing especially the transport sector. He made a strong case for the new administration’s brilliant programmes, emphasising that all he needed were genuine partners to help support the national development process. “Education for us is not only the bedrock of democracy, but it is also a means to support genuine and sustainable development. We cannot tackle the challenges of development in the 21st century if we do not have an educated population. We will be undertaking a very difficult journey if we do so without paying attention to education. It has been a bold decision, as a lot of people think we cannot do it, but it is an existential issue for us. So, we have embarked on it and we look forward to genuine friends,” he said.

The President added: “We are also looking for help in the transportation sector and will love to have Emirates Airline here to be able to move to other parts of the world easily. We have issues with connectivity all the time so we look forward to that.  We are going to review the agreement between us and make sure that we not only deepen the relationship but also widen the scope of activities. We are a new government that wants to leave a very impressive footprint on the world stage. We are small but very determined. We look forward to furthering cooperation with UAE”.

APC Not Against Inquiry But The Ru...

Lands Minister Frowns at the High...