Homepages
Your trusted place for Sierra Leone and global news
Trending News
HomePoliticsElections Are Coming Again: Advice To The Youths

Elections Are Coming Again: Advice To The Youths 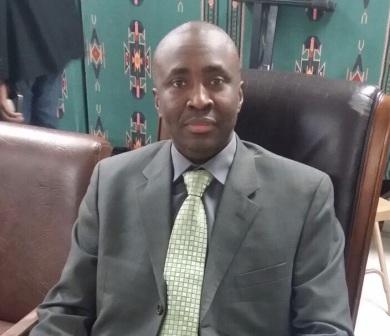 Elections Are Coming Again: Advice To The Youths

Less than fourteen weeks from now, Sierra Leoneans will again exercise their franchise to elect their president and parliamentary representatives. It goes without saying that president Koroma have proved his critics wrong that he is not interested in a “more time” or “third term” agenda. In his own small way he has contributed towards the socio-economic development of our country.  (Photo: Claudio Brima Kamara, author)

It is high time now that we have a fixed date to be conducting our presidential and parliamentary elections as other countries are doing. I pray that the incoming parliamentarians will pass such legislation into law. The time is here again when some of these selfish and unpatriotic politicians will be campaigning for the vote of the ordinary man in the street as every vote count in any election. They will be visiting “ghettos” and “ataya bases” and what have you, to campaign to the unemployed youths so that they will vote for them at the elections. This is the time to say NO to such politicians. I am imploring the youths not to listen or encourage any politician who will give them alcohol or drugs in exchange for their votes. This is the time for some of these politicians to show to their constituents what they have done in their respective constituencies. We should not allow politicians to divide us. And we should not see our political opponents as enemies . We are all Sierra Leoneans and. Sierra Leone is the only country we have.Some of  these politicians have taken the youths for granted and think that they can fool them all the time to get their votes.

It is a fact that the people of Sierra Leone have suffered for a long time. Some families don’t even know where to get their next meal from, while some of these selfish politicians are living luxurious life styles. I am appealing to the young people to vote for candidates who have a vision for our country and who will alleviate the sufferings of the ordinary man irrespective of tribe, political affiliation, religion or region. Our country is bigger than any one individual and the interest of the country should be above anything else. For the youths who will have the notion that whether they vote or not, it will be the same, I want to advise them to come out and vote because their vote’s counts as it will make a difference.

All the candidates be it presidential or parliamentary should declare their assets and tell the people of Sierra Leone how they acquired such  assets. We should not encourage the notion that the fastest way to get rich in Africa particularly in our country is through politics. Politicians are servants of the people and not the other way round. We should be careful not to elect thieves as our leaders. Some of them have their children attending colleges in the United States and other western countries while the standard of education in our country is deteriorating.

Mr. Chief Electoral Commissioner the expectations of the people are high and we expect you to conduct the elections in a free, fair and transparent manner. There will be losers and winners and I believe that, if you conduct the elections in a transparent manner any loser will accept defeat and even call and congratulate his or her opponent. You should remember that there is someone up there who is watching you and I hope that you have the fear of GOD in you to conduct a free and fair elections.

I am again appealing to the youths to come out and vote wisely on March 7 and refrain from violence.

By Claudio Brima Kamara in the United States.