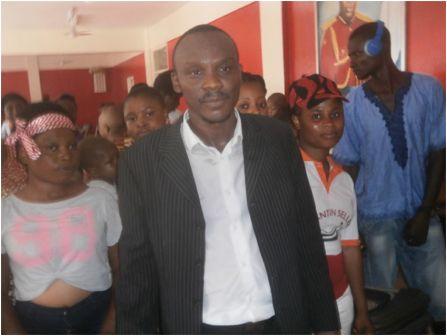 The People’s Choice as he is popularly called spoke about his Samakarr Organization which he said comprised hundreds of members who are all supporting his aspiration to be their next Councilor. “They understand that I am a developmentally oriented man within the community”, he bragged and confessed that his family members in Kambia District are all APC people and he dedicated himself to die behind the APC which he further described as his father and mother’s party for life.

Samakarr reiterated that he has created employment for over seventeen young people within the vicinity who were jobless and hopeless and mentioned that, helping young people is part of his contribution in APC President Koroma’s Agenda for Prosperity.

“I have organized several cleaning exercises within Guard Street”, said Councilor to be and disclosed that he will be launching some taps and a bridge that he constructed on the 24th of this month. According to the Councilor awaiting, he is loved by the people because he has proven his ability even before he jumped in to mainstream politics.

He said over hundreds of his followers accompanied him to grace the declaration ceremony of TUMAC at the APC headquarters offices on Old Railway Line in Freetown. He said he support TUMAC because he is truthful, honest and working towards promoting the party’s agenda adding that his supporters are genuine with no violence actions.

He assured the APC big guns that he will not let down the party because he is an experienced person who is working extra mile to promote community agenda and dilated that there are many members of the Sierra Leone Peoples Party (SLPP) who are ready and willing to defect to the APC as a result of the love and respect they have.