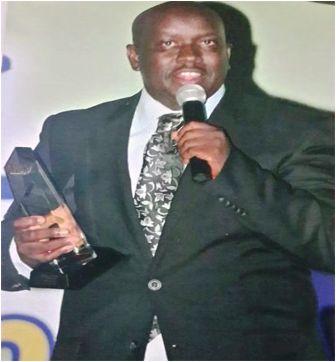 Lawyer Sulaiman Kabbah Koroma popularly known as Bobor Kabba who was awarded by AWOL as the Best Legal Practitioner of the year revealed that, “there were a lot of discrepancies” in Lawyer Ibrahim Sori’s submission and the documents tendered as exhibits before Justice Bintu Alhadi of the Fast Track Commercial Court in the ongoing matter between some illegal miners and AMR Gold Exploration.

The illegal miners who are reportedly sponsored by one illegal Irish national Fintain Roche told the Court in a sworn-in affidavit that they were licensed by the Ministry of Mines and Mineral Resources through the National Minerals Agency-NMA. They also claimed that they have four years Artisanal Mining Licenses contrary to Sections 88 (1) and 90 (1) and 91 of the Mines and Minerals Act of 2009 which abundantly states that an Artisanal Mining Licenses are granted  for only a year period.

To this, the erudite lawyer (Bobor Kabba) says the documents presented by lawyer Ibrahim Sori “is not an Artisanal Mining License for the purpose of this Court,” as they are to be expired in 2019. This in itself seem to be a fake as many people accused the Irish citizen of such forgery judging by his past record.

“My Lord the documents are fake as I have been reliably informed by the NMA authorities that they are all fake,” lawyer Bobor Kabba revealed. This stunning revelation puts the Court and the Presiding Judge in a cursory gaze.

Lawyer Kabba urges the Court to subpoena the Director of Mines to expose certain anomaly unknown by the Honourable Court.

Even though the applicants’ lawyer (Ibrahim Sori) could not produce a valid mining license, lawyer Bobor Kabbah strongly disclosed that the names on the documents were visibly misspelt and signatures forged.

On her part, Justice Alhadi told lawyer Ibrahim Sori that she would not continue to accept numerous apologies from her for his inaccuracies, adding that Ibrahim Sori should have done his assignment well and treat the matter seriously. Lawyer Ibrahim Sori again apologized and says he was convinced that the documents were issued to his clients by the NMA.

The question many people were asking is: why those miners are allowing a foreigner to misuse their integrity? Another observer fumed outside the Court in Krio “Bo Ibrahim Sori Don Bobo Im Sef Na Court For Fet Case Wae E Nor Research But.” They added that he should have investigated the merit of the case before being allowed to be misled.

“What surprises me the most is, those who claimed to be the Landowners have not been coming to Court even on this closing day,” said the Chairman of the Landowners in Kathanta Village, Sella Limba Chiefdom. Chief Bunduka added that only Fintain Roche and Lawyer Sori have been visiting the Court on behalf of the self-styled Landowners.

The matter has come to a closure as final submissions were made.

Why did the market fail to produce...