Countries may be borrowing too much and too fast

It’s been a rough year for the West African countries most affected by the Ebola virus that has ravaged their communities and crippled their economies, disrupting agriculture and trade.

Forecast to lose a combined $1.6 billion in predicted economic growth in 2015, the people of Guinea, Liberia and Sierra Leone breathed a collective sigh of relief when the International Monetary Fund (IMF) forgave a combined $100 million in loans, shortly after disbursing $130 million in aid last September. The intention was to free up funds for relief and recovery efforts.

But with the need to overhaul their health systems, these countries are once again accumulating debt—like the $160 million interest-free loan awaiting approval by the IMF executive board.

The acquisition of new debt is an emerging pattern among beneficiaries of the world’s most comprehensive debt reduction programme to date. The 1996 Heavily Indebted Poor Countries (HIPC) Initiative, supplemented by the 2005 Multilateral Debt Relief Initiative, has helped 35 sub-Saharan African countries cancel $100 billion in external debt. These internationally coordinated relief programmes, managed by the World Bank, IMF and the African Development Bank, were designed to find a sustainable solution to Africa’s debt burden.

No longer forced to divert scarce resources to repay costly loans amassed during the Cold War period by corrupt and repressive regimes, the poorest and most indebted countries on the continent were able to lower their public debt and increase social spending by almost 3.5% of their gross domestic product between 2001 and 2012, the World Bank and IMF claim. For example, Benin used its savings from debt to invest in rural primary health care and HIV programmes. Tanzania abolished primary school fees and Mozambique began offering free immunization to children.

Freeing up additional resources for development was another aim of the HIPC initiative. However, a lot of the money forgiven was already tied up in arrears, meaning it was owed but had not yet been reimbursed, so there was no new cash flow and no real savings in terms of resources.

In some countries the write-off just helped mop up overdue debt. And while the initiative did erase most of the foreign debt of these countries, it did not clear all of it. What the whole process did achieve, according to a Huffington Post article by Marcelo Guigale, a World Bank director, was instilling “discipline” that came in handy when the price of oil, gas and minerals climbed in the mid-2000s and the technologies to look for these natural resources got better. To qualify for a debt cancellation, countries had to be transparent in their operations and open to scrutiny, and they had to monitor and report their poverty reduction strategies, invest savings into social programmes and refrain from accumulating expensive debt. Which is why, according to Mr. Guigale, African governments had “more money to spend and new offers to borrow—this time from private bankers.”

Faced with the phasing out of the HIPC initiative and a decline in official development assistance, some countries seized the opportunity provided by their healthier balance sheets and continued economic growth to explore new sources of funding. China, leading the group of emerging economies called BRICS (Brazil, Russia, India, China and South Africa), has been investing heavily in infrastructure.

International bond markets provide another avenue. According to Amadou Sy, the director of the Africa Growth Initiative at the Brookings Institution, a US think tank, 12 countries in sub-Saharan Africa have issued a total of $15 billion in international sovereign bonds. Investors are also keen to snatch up these bonds, seduced by the continent’s favourable growth outlook and promise of high returns. The World Bank reports average GDP in sub-Saharan Africa is projected to remain broadly unchanged at 4.6% in 2015, rising gradually to 5.1% in 2017.

Some observers worry that countries are borrowing too much and too fast. “Africa may have the fastest-growing continental economy on the planet,” freelance journalist Richard Walker writes in the Economist, “but growing fastest of all is debt—personal, corporate and government.”

Mr. Walker points to Ghana’s issuance in late 2014 of $1 billion in euro-denominated bonds, although the country is deep in debt and has what he calls Africa’s “worst-performing currency.” The West African nation was one of the first beneficiaries of the HIPC initiative.

Even with the recent surge in borrowing, most of the post-HIPC countries are not at risk of “debt distress,” a group of economists with the World Bank insists. Dino Moretto, Tihomir Stucka and Tau Huang concede that “some countries may be borrowing too quickly,” but they also specify that “overall, governments have been borrowing responsibly since receiving debt relief.”

The trio explain that one of the objectives of the debt relief programme was to clear debt overhang and allow countries to borrow again, responsibly. Many countries have been careful in taking on loans at commercial terms, and the World Bank and other development banks have been giving grants in lieu of loans to riskier, poorer countries.

Africa’s current debt is the lowest it has been in decades, Oxford University professor Mthuli Ncube and Economic Advisor at the African Development Bank Zuzana Brixiova concur in their review for the European Centre for Development Policy Management. The fastest decline, they stress, is posted by the most indebted countries, because of debt relief and accompanying prudent policies.

Aid has been critical in helping low-income countries lift people out of poverty, but financing to the region has also increased in quality and quantity, spurred by the 2002 Monterrey Consensus and subsequent 2008 Doha Conference. These UN-backed global conferences brought together heads of state and top leaders in finance, business and humanitarian groups to realize a vision called Financing for Development (FfD). The Monterrey Consensus was also the impetus behind the HIPC initiative, since it called for innovative mechanisms to address the debt owed by poor nations.

“Despite misgivings about certain countries, Africa is still in a fundamentally different place than it was 20 or 30 years ago when old debts were taken on,” Todd Moss, a senior fellow at the Washington-based Centre for Global Development, told Reuters, adding that taking out loans from private creditors puts a “higher burden” on leaders to be responsible.

To keep from reverting to old ways, analysts say, post-HIPC African countries will have to be smart with their handling of new loans. Borrowing strategies need to be put in place so governments can get a return on their investments in order to service their debts. Governments also need to be prepared to withstand shocks from price fluctuations on the natural resource markets and must reduce their dependency on commodity exports. Diversifying borrowing sources is another way to sensibly manage public debt, says Citigroup economist David Cowan in the Africa Research Institute publication, Counterpoints, referring to sovereign bonds as an alternative to concessional loans.

While concessional loans come with no strings attached, help raise a country’s debt profile and put it on the radar of international debt markets, Mr. Cowan cautions that they do present currency risks and can expose a defaulting borrower to specific legal risks, notably from hedge funds or private equity funds, also known as “vulture funds.”

Good old-fashioned tax collection, transparency and tapping into local currency debt markets are avenues that should not be ignored. In the end, sound fiscal and complementary monetary policies will prevail. It’s too soon to predict whether the post-HIPC African countries will maintain sustainable levels of public debt while wrangling with bottlenecks such as weak institutions, infrastructure investment gaps, poverty and (in some places) instability. Only time will tell.

Impressive lineup for Groovin’ In... 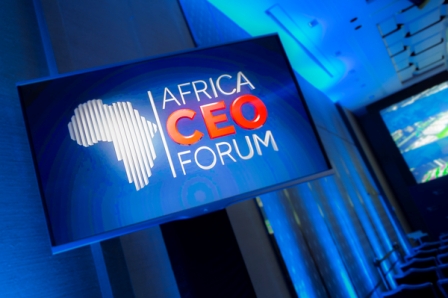