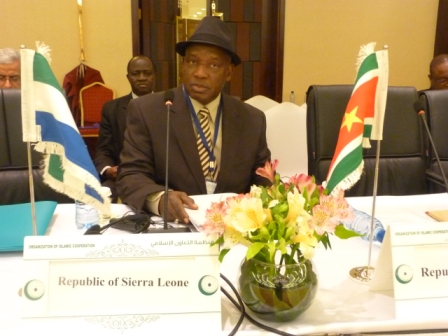 Information Ministers from the 57 – member states Organization of Islamic Cooperation (OIC) at the conclusion of their conference over the weekend in Iran’s Capital, Tehran have expressed “serious concerns over dreadful acts of terrorism committed under the sublime name of Islam.”  (Photo:  Sierra Leone flag flies high at OIC Confab in Iran.)

Ministers at the 10th Session of the Islamic Conference of Information Ministers (ICIM) said they believe that “it is high time for all OIC member states to use the power and influence of media to fight back such acts and the dangerous mindsets behind them that have nothing to do with the compassionate teachings and divine nature of Islam.”

The two-day event hosted at the Persian Gulf International Hotel, with the theme “Media Convergence for Peace and Calm in the Islamic World”, focused on a number of key issues in the field of information, the promotion of the OIC information role in pioneering the issues of cultural exchanges, development and peace.

Speaking to reporters on the sideline of the conference, Ambassador Fofana said the media should promote the peaceful coexistence of nations, boost development and strengthen global security and stability.

The envoy also used the opportunity to talk about the deadly Ebola Virus Disease that is ravaging his country and the neighbouring countries of Guinea and Liberia.

He appealed to member states of the OIC to increase their support to Sierra Leone in the fight against the scourge. Ambassador Fofana also called on member states to help Sierra Leone and its neighbours with emergency funds, medical supplies or clinical expertise.

“Ebola respects no borders and therefore the fight against the disease should be a global humanitarian concern which needs the concerted action of the OIC and the world at large for its speedy eradication,” President Koroma’s envoy to the Persian Gulf State of Iran reiterated.

The conference issued a final Communiqué, underlining the need for closer media cooperation among OIC member states in an effort to portray the true image of Islam. The Communiqué also stressed the significance of media convergence to help strengthen peace and tranquility in the Islamic world, saying media can play an important role in countering all forms of violence, extremism and racism.

The Information Chiefs condemned the “crimes perpetrated” by ISIL militants who they say are “wreaking havoc on innocent people in Iraq and Syria.”

They also expressed support for media activities to help stop the spread of hatred, discrimination and associate Islam with violence and terrorism.

The Communiqué also emphasised the need to effectively harness the potentials of information and communication technologies in the OIC member states, which requires concerted efforts to bridge the information divide in the digital media through seeking modern information technologies and necessary investment in the related infrastructures and human resources.

The Ministers also called for making information in the member states an instrument that contributes to peaceful coexistence, peace, calm and development. And the one that reflects the concerns and preoccupations of peoples of the Member States; and deals with economic, social and cultural issues responsibly, in a climate of openness, multiplicity of views and diversity of opinion, while fully respecting Islamic teachings and values and making sure that media freedom is widely exercised with responsibility.

On his part, the OIC Secretary General, Dr. Iyad Ameen Madani, in a press conference at the end of conference, underscored cooperation between OIC member states for countering extremism, hate and the hostile media campaigns between OIC member states. He also emphasised the success of the session and noted he was optimistic about the desire of participating ministers for joint media action. The meeting was attended by Iran’s first Vice President H.E Es’haq Jahangiri and other top dignitaries.  And it was chaired by Iran’s Culture and Islamic Guidance Minister, Hon. Ali Jannati.

The OIC, which was established in 1969, is the second largest inter-governmental organization after the United Nations and has 57 member states spread over four continents. Sierra Leone became a member of the OIC in 1972. The organization is the collective voice of the Muslim world and tries to safeguard and protect the interests of the Islamic world in the spirit of promoting international peace and harmony among various peoples of the world. 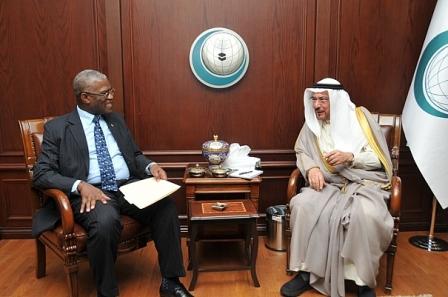 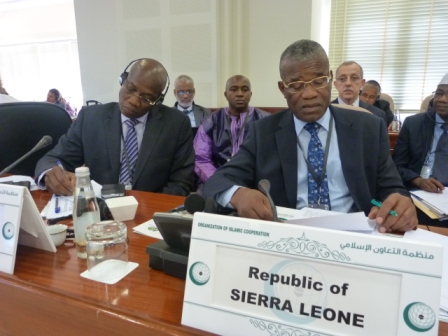