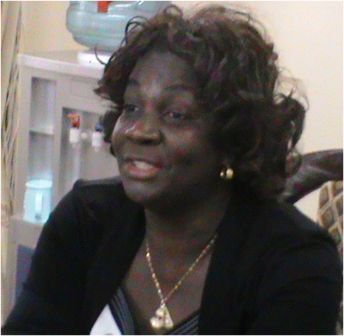 Nov.12, 014[SLENA] -The Deputy Minister of Health and Sanitation, Madam Madina Rahman has expressed government’s commitment to construct more Ebola holding and treatment centers, and the strengthening of  the country’s Health care system.

The Deputy Minister, Madam Madina Rahman was giving  a press interview as delegate of the 64th session of the World Health Organization[WHO] Regional Committee for Africa held in Benin on the progress made towards  the achievement of the Health related  MDGs In the African Region.

Dilating on the major obstacles hindering the containment of the Ebola Virus Disease in Sierra Leone, Madam Madina Rahman opined that the main hindrance is the denial and the cultural beliefs associated to witchcraft or some kind of voodoo, washing dead bodies and ritual burials, apart from the fact that when an infected person dies the body becomes very infectious.

The other obstacle highlighted includes the fear to access the health facilities when people get sick. The problem, the Deputy Minister said is gradually been faded away as patients are now getting better in the treatment centers and survived the virus.

On the current and economic impact of the Ebola virus in the country, Madam Madina Rahman explained the negative economic impact on the country’s economy, affecting every single person, educational institutions, tourism, mining, sports and others, that have scaled down economic, political and social activities

“Most of our experts and donor partners are gone, Road construction and water rehabilitation projects around the country have ceased. Our GDP growth rate that was 11,9 percent before the Ebola outbreak has reduced to about 4 percent”. Madam Rahman said. Commenting on government’s action to reverse the epidemic, the Deputy Minister opined that government continues to advocate for international support, collaboration and understanding to contain the disease.