Homepages
Your trusted place for Sierra Leone and global news
Trending News
HomeFeaturedEbola: UN envoy warns against letting guard down, ‘even for a second’

Ebola: UN envoy warns against letting guard down, ‘even for a second’ 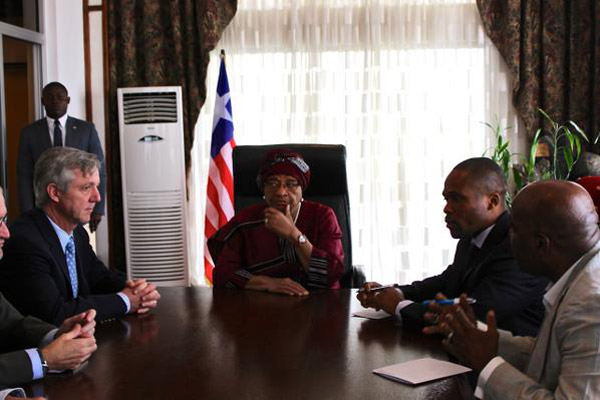 Ebola: UN envoy warns against letting guard down, ‘even for a second’

4 November 2014 – The UN envoy coordinating the global response to the Ebola outbreak in West Africa said in the Liberian capital today that when national governments, partners and communities work together, “dramatic improvement” can be achieved, but cautioned against “even for a second [thinking] that everything is okay.”

Mr. Banbury said that a large part of the explanation for the improvement in some situations is when communities, supported by national and local governments with the backing of international partners are engaging together on Ebola Treatment Units, safe burials, contact identification and tracing, community mobilization as central elements of the strategy.

But the UN envoy cautioned that “is going to be extremely difficult to getting it down to zero” and emphasized the need to stay vigilant.

“We just now need to stay vigilant – not for a moment let our guard down. We can’t even for a second think that everything is okay,” he said.

Mr. Banbury, on the third leg of his mission that has taken him to the two other countries hardest hit by Ebola in West Africa – Guinea and Sierra Leone, is expected to brief the Security Council as well as the General Assembly when he returns to UN Headquarters in New York next week.

For the “ChAd3” vaccine, that concerned Mali, volunteers had been recruited by the Centre Hospitalier Universitaire Vaudois (CHUV) in Lausanne, Switzerland, and for the Vesicular Stomatitis Virus (“VSV”), that vaccine was still waiting for Swiss medical approval before volunteers could be recruited and clinical trials commence at Geneva University Hospital.

WHO spokeswoman Fadela Chaib also told reporters that the international community’s aim continued to be to reach the 70-70-60 target established by UNMEER and WHO, which entailed isolating and treating 70 per cent of suspected Ebola cases in West Africa and safely burying 70 per cent of the dead within 60 days (by 1 December).

Answering a question about estimates of 5,000 foreign medical personnel being needed on the ground, Ms. Chaib said while the new injection of World Bank funding – an additional $100 million pledged last week by Bank chief Jim Kim – would fuel the Ebola response team’s sprint to reach the 70-70-60 target, more foreign medical teams were needed, as well as beds and laboratories.

Providing the most recent statistics, Ms. Chaib said up to 4,388 beds are required for 50 Ebola Treatment Units across Guinea, Liberia and Sierra Leone. There were currently 1,126 beds – only 25 per cent of what was needed.

Ms. Chaib said the United Kingdom and the United States are currently building new laboratories in Guinea and Sierra Leone, which would be a huge help in confirming Ebola cases.

She also confirmed that as of today no new Ebola cases had been notified to WHO in Mali, where 108 contacts identified in two areas were being followed-up. The outbreak in Mali could not be declared to be over until the last contact had been through two incubation periods.

The Ebola Virus Outbreak Overview of Needs and Requirements of $988 million has received $572 million, which is just under 58 per cent of the total needed. The Ebola Response Multi-Partner Trust Fund has $60.6 million in commitments.

UN press briefing in Geneva -- WHO...