Air Services Agreements have become a future of nations in the globalized world of integrating economies. Two nations can sign such agreements in order  to  experience international  commercial  air transport  services between their territories; the focus being to enable international air carriers between their regions have traffic rights of routing ,designation, tariffs, capacity and other clauses  of promoting  safety and security.  (Photo: Minister Balogoun signing air agreement with his UAE counterpart)

Since he came to power in 2007, His Excellency President Dr. Ernest Bai Koroma’s Government is continually negotiating new treaties that can allow international aviation to grow so as to expand their carriers and populations access to new and emerging markets.

It would be recalled that Sierra Leone’s former Minister of Transport and Aviation, Vandi Chidi Minah signed the open skies agreement with the United States of America in September 2012 and recently Honourable  Balogun Koroma  signed an Air Services Agreement with France in Paris .

Sierra Leone on Thursday, 23rd October, 2014 signed another Air Services Agreement with the United Arab Emirates (UAE). The signing ceremony took place at the Etisalat Building in Dubai. Sierra Leone’s Minister of Transport and Aviation, Leonard Balogun Koroma signed on behalf of his Government and UAE’s Minister of Economy and Aviation, Mohamed Al Mansour signed on behalf of the UAE.

Under the agreement, they agreed that any number of designated airlines of both parties will have the right to perform scheduled air services. The UAE designated Etihad Airways, Emirates Air and Flydubai as UAE’s national airlines under the agreement. Sierra Leone will designate its airlines in due course.

The agreement allows unrestricted frequencies, capacity and types of aircraft, whether owned or leased, to be operated by the designated airlines of each country in any type of service (passenger or cargo) on the routes between the UAE and Sierra Leone.

After the signing ceremony, Minister Koroma told me in brief telephone interview from Dubai that : “Even though the Ebola crisis has hit the airline industry this  year , travel and tourism demand is expected to greatly contribute in the coming years to Sierra Leone’s  Gross Domestic Product (GDP).”

He went further to say that the agreement will create opportunities for strengthening the economic partnership between Sierra Leone and the UAE through closer links in transport and trade.

He added that the increase in air carriers would also impact on better quality, improved customer service, lower priced tickets and competitive services to Sierra Leone.

The signing ceremony was witnessed by Sierra Leone’s first resident Ambassador to the U.A.E, Siray Alpha Timbo who received and hosted the Minister and his delegation which included the Director General of the Sierra Leone Civil Aviation Authority (SLCAA), Abubakar Kamara and the legal luminary of the SLCAA, Floyd Davies.

In a related development, Ambassador Timbo made an arrangement for the Minister and team to visit senior officials of Emirates airlines – the largest airlines in the Middle East – and they reportedly held very fruitful discussions.

Ebola is also killing our entertai...

How the weak health system hinders... 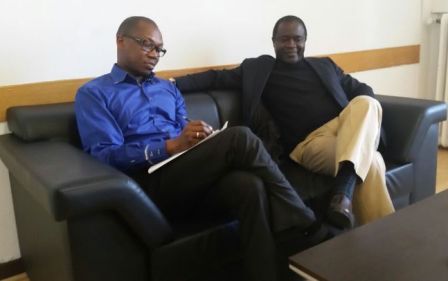 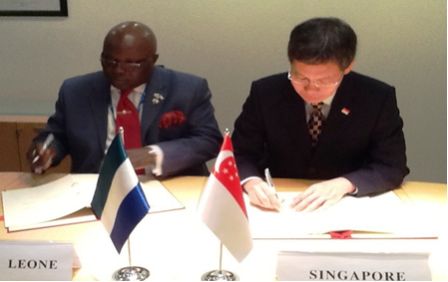