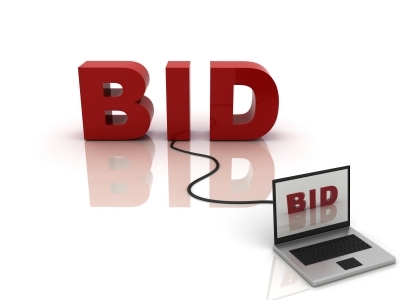 Friday 27th June 2014 marked another remarkable day as the Ministry of Energy (MoE) conducted  a transparent Pre-Bid meeting for bidders some of who are potential contractors for giant projects labeled by the Ministry of Finance as “The Rural and Urban Electrification Projects” at the Energy Ministry in Freetown.

Chaired by the Ministry’s Permanent Secretary – Mrs. Zainab Buya-Kamara, the Meeting attracted so many bidders who are all set to take a bite from the two big projects which are the supply and installation of generators in the Districts across Sierra Leone and the transmission and distribution network. The Permanent Secretary was quick to inform the potential contractors that the implementation of these big projects under the Ministry is going to be quite different from what she referred to as “ business as usual”. By this she meant a robust monitoring, follow ups and sticking to the letter of the contract to ensure quality service delivery are definitely going to be done. Mrs. Buya-Kamara also warned and dilated on a transparent bidding and procurement process adding that bidders should not fear at all as fairness will be done.

Ing. Ibrahim Wilson – Technical Advisor in the Ministry as a way of supporting the Permanent Secretary stated that the bidders will certainly have a healthy competition but specifications are not going to be compromised and there will not be any room for maneuvering. Many other officials like the Acting General Manager of NPA – Ing. Alhaji Timbo and Ing. Paul Saffa – Deputy Director of Energy made similar contributions.

On the availability of funds from government, Mr. Jusu who represented the Ministry of Finance stated that potential contractors should not be in fear to pay them as government is really ready for these projects. He continued that as a flagship project of government, the ministry of Finance is committed to the projects he called “The Rural and Urban Electrification projects”. He explained that much has been done on roads and now it is the turn of Electricity supply. Mr. Jusu ended that contractors to be must work hard to complete the job on time (in 18 months) as stipulated in the bidding documents.

Abu Bakarr Turay – Procurement Officer in the Ministry of Energy took the numerous bidders and other officers through the bidding documents to clarify certain grey areas and allay the bidders’ fears. He clarified areas like the bid security including the lots involved and well recognized International banks for transactions. He also touched on the pre-financing aspect of the tender document and the deadline of submission.

Questions, clarifications and answers on the bid documents conducted by NPA Technical team to the satisfaction of bidders climaxed the occasion.