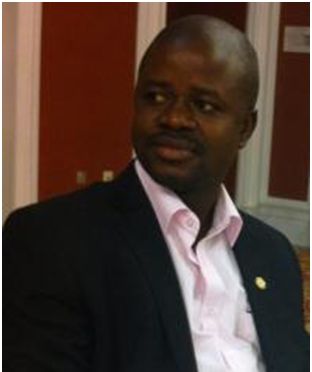 Sierra Leone’s President Ernest Bai Koroma is expected to receive the African President of the Year 2013 Award, organized by African Leadership magazine, in the United States of America late February, 2014. This is positive news for the country. In the words of Alhaji M B Jalloh, Sierra Leone’s Press Attaché in Saudi Arabia “This latest award…is a clear manifestation of his recognition at global level for the transformative leadership which has been the backbone of his administration since he acceded to power in September 2007” Factually, given the country’s progress due to the type of leadership that President Koroma has been providing, it is acceptable for my colleague in Saudi Arabia to hold such an objective view.  (Photo: John Pa Baimba Sesay, IA, China)

Sierra Leone continues to witness great scores in the areas of infrastructure, agriculture, youth empowerment, promotion of women’s right, decentralization and devolution of functions to local councils, and peace consolidation and stability amongst others, Sierra Leone has also been making tremendous progress in her health sector for close to a decade now.  Sierra Leone is a nation that is seriously determined to move towards fulfilling her development aspirations and so far, the Government has been moving in this direction, notwithstanding the challenges.  Great success has been made by Sierra Leoneans in terms of consolidating the country’s peace.  The pending visit to Sierra Leone by the Secretary-General of the United Nations, Ban Ki-Moon, slated for March 4th-6th 2014, on the invitation of the Government of Sierra Leone may not have come as a surprise, given what has been achieved and with  signs of a brighter future. The UN Chief is to attend a ceremony to   close the United Nations Integrated Peacebuilding Office (UNIPSIL).

UNIPSIL, expected to close down on  31st March 2014, was established by the United Nations Security Council in 2008 “to provide support to the Government of Sierra Leone in identifying and resolving tensions and threats of potential conflict, monitoring and promoting human rights, and consolidating good governance reforms.”  In the last six years of operations, UNIPSIL’s mandate  has been  to; “Providing political support to national and local efforts for identifying and resolving tension and threats of potential conflict, whatever the source; Monitoring and promoting human rights, democratic institutions and the rule of law; including efforts to counter transnational organized crime and drug trafficking; Consolidating good governance reforms, with a special focus on anti-corruption instruments such as the Anti-Corruption Commission; Support decentralization, reviewing the 1991 Constitution and the enactment of relevant legislation. Closely coordinating with and supporting the work of the Peacebuilding Commission as well as the implementation of the Peacebuilding Cooperation Framework and projects supported through the Peacebuilding Fund”  ( UNIPSIL’s website)

Realistically, Sierra Leone has had success stories in these areas. There remains a strong guarantee of good governance, with the practice of multi-party democracy. With support provided by the United Nations, the country has consolidated her peace. With gender issues having been mainstreamed into present day governance issues, there is today a roust advocacy network across the country with women now empowered than ever. With aid to the country’s justice system by the UNDP, Sierra Leone’s justice system can today stand the test of time.  The country’s post war rule of law keeps gaining ground, especially in fighting drug trafficking and organized crime. There have been efforts and initiatives in addressing issues of youth unemployment and empowerment. Given these and many other successes, the visit by the UN Chief, Ban Ki-Moon should be expected to help bolster the country’s confidence building process especially amongst international development partners. It will serve as an indicator that indeed, the country has turned its pages to another chapter of her history. Sierra Leone has a strong commitment to meeting her development challenges. The two development platforms of the country (Agenda for Change (AfC) and Agenda for Prosperity (AfP)) are key indicators of this commitment.

Edward H. Sandy is a Sierra Leonean PhD scholar (Environmental Science) presently in China. From his perspective, Sierra Leone has now fully moved from a post war nation to one with effective and stable democracy, where the rule of law takes precedence. The pending visit by the UN Secretary-General, he thinks, will be a confidence building platform given the success stories therein. Alhassan Kamara, a post graduate student in International Relations, China Foreign Affairs University, does not hold a contrary view. “With a lot of resources that the UN has poured into Sierra Leone and with the progress the country has witnessed in the last few years in consolidating her peace, promoting gender related issues and providing the enable environment for political party pluralism, the closure of UNIPSIL means we have come a long way” Sierra Leone’s instability that lasted for over a decade following her civil war was devastating. But with the resolve of its people, there was an end to that civil carnage. The United Nations was very instrumental in ensuring an end to that internal conflict. UNIPSIL is an offspring of UN’s involvement in fast tracking an end to Sierra Leone’s internal conflict. Generally from the perspective of civil wars in Africa, Sierra Leone’s ability to effectively put an end to her war, move to a Peacebuilding nation and now to one with development aspiration will serve as a case study for Peacebuilding efforts in Africa. This takes into account as UNIPSIL’s closure in Sierra Leone.

So the visit will not only help consolidate international confidence building efforts in Sierra Leone, but it will surely help foster the country’s development aspirations. It is coming at a time that President Koroma is taking the country to prosperity, through the ‘Agenda for Prosperity’.  The visit and the closure is also coming at a time that Sierra Leoneans have seen the need to continue working as a people for the good of all and sundry. There is only one Sierra Leone and it is only Sierra Leoneans that can take that country to where they need it. The presence of UNAMSIL and UNIPSIL in Sierra Leone has not only help foster peace and security internally, but this is same at the sub regional level (Mano River Union MRU). And stability in the MRU means a lot for regional (ECOWAS) peace and development. The close down of the UNIPSIL will enable other agencies of the United Nations to focus on more sustainable development programmes in the country.  As a Sierra Leonean, I am appreciative of the role the UN played and continues to play in the country’s development efforts.  It is hope, through its agencies, it will continue to support the country’s drive to prosperity and give its fullest support to the successful implementation of government development projects.