Homepages
Your trusted place for Sierra Leone and global news
Trending News
HomeFeaturedAgriculture, Food and Security at the centre of African Union Summit

Agriculture, Food and Security at the centre of African Union Summit 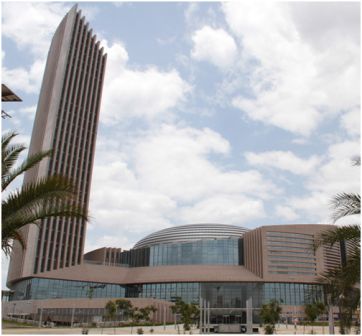 Agriculture, Food and Security at the centre of African Union Summit

Addis Ababa, 20 January 2014 – “Transforming Africa’s Agriculture: Harnessing Opportunities for Inclusive Growth and Sustainable Development” is the theme that will be at the center of discussions during the 22nd Assembly of Heads of State and Government of the African Union (AU), scheduled to take place from 21st to 31st January 2014 at the headquarters of the African Union in Addis Ababa, Ethiopia. The Summit will officially kick off tomorrow, Tuesday 21st January with the 27th Ordinary Session of the Permanent Representatives Committee (PRC).  The PRC will discuss items on the agenda in preparation of the upcoming AU Summit, to be submitted to the Executive Council for adoption.

The official opening of the 27th Ordinary Session of the PRC tomorrow, Tuesday 21st January 2014 will take place from 10:00 – 13:00 at the New AUC Conference Center. The opening session will include among others, a speech by the Chair of the PRC, a welcome remark by the Chairperson of the African Union Commission, Dr. Nkosazana Dlamini Zuma, and a group photo of Ambassadors with Commission Members and the Secretary General of the Commission, to take place in front of the plenary hall of the AUC Conference Centre in the presence of representatives of the press.

The Ambassadors will finally consider the working documents and draft decisions in preparation for the 24th   Ordinary Session of the Executive Council.

On the other hand,      the 24th Ordinary Session of the Executive Council will hold from 27- 28 January 2014 at the headquarters of the AU in Addis Ababa. The Ministers of External Affairs and other ministers or authorities designated by the governments of AU Member States will deliberate on the different reports of the ministerial meetings organised by the AU Commission during the last six months.  They will consider the activity report of the Commission; the recommendations of the PRC on the implementation of previous Decisions of the Executive Council and the Assembly; and the report of the ministerial committee on candidatures.

Meanwhile, the 22nd Ordinary Session of the Assembly of the African Union is scheduled to take place from 30 to 31st January 2014 in the plenary hall of the New AU Conference Center.  The Heads of State and Government will launch the year 2014 as the Year of Agriculture and Food Security, marking the 10th anniversary of the adoption of the Comprehensive Africa Agriculture Development Programme (CAADP).  They will consider the report of the Peace and Security Council (PSC) on its activities and the state of peace and security in Africa, including the activities of the panel of the Wise along side the renewal of its membership.

The African Heads of State will also consider the report on the assessment of the African Standby Force (ASF) and the operationalization of the African Capacity for Immediate Response to Crises (ACIRC), as well as launch the final report of the High Level Panel on Fragile States.

The Heads of State and Government will exchange views on the report of H.E. Mr. Macky Sall, President of the Republic of Senegal and Chairperson of NEPAD Heads of State and Government Orientation Committee (HSGOC), as well as consider the report of H.E. Dr. Ernest Bai Koroma, President of the Republic of Sierra Leone and Chairperson of the Committee of Ten on the UN Reforms. They will also consider the report of H.E. Mr. Jakaya Mrisho Kikwete, President of the United Republic of Tanzania and Coordinator of the Committee of African Heads of State and Government on Climate Change (CAHOSCC) which will include among others: the outcome of climate change negotiations at the 19th Conference of Parties (COP 19) of the UN Framework Convention on Climate Change (UNFCCC)  and the report of the Commission on the implementation of previous decisions on UNCCD and outcomes of COP 11 held in Windhoek, Namibia, 16-26 September 2013.

The Heads of State will exchange views on the report of H.E. Mr. Idris Deby Itno, President of the Republic of Chad and Chairperson of the High Level African Trade Committee (HATC), before proceeding to the consideration of the report of the Chairperson of the Executive Council and Chairperson of the Ministerial Contact Group on the implementation of Assembly Decision on Africa’s relationship with the International Criminal Court (ICC). They will discuss the outcome of the 3rd Africa-Arab Summit, held in Kuwait City, Kuwait, from 19-20 November 2013, among others.

For more information about the event,  visit the 22nd Summit web page of the AU at the following link:   http://summits.au.int/en/22ndsummit