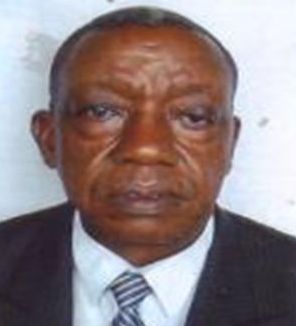 Due to the influx of alcoholic beverages flooding the market, the Deputy Minister of Labour and Social Security, Mr. Augustine N. Kortu (in photo) has inspected the KADCO factory situated at Murray Town in the western part of Freetown to see if it conforms to all health related standards.

KADCO factory Sierra Leone Limited is owned by Indian nationals and they started operation in May 2011 but the product has been in the market since 2008.

The factory is producing alcoholic and non-alcoholic drinks such as bitter-cola, bitter roots, energizer and creamy.

Receiving the Deputy Minister and his delegation, which comprised of two senior officials of the Ministry, the General Manager of KADCO factory Mr. Victor Morgan welcomed them in the factory as they have nothing to hide.

He said they have been contributing positively towards the socio-economic development of the country, stressing that besides providing jobs for many youths they are also paying their taxes.

Mr. Morgan told the minister that their products are one of the leading products in the market.

He said they are trying to produce more of the non-alcoholic beverages in the market than alcoholic drink.

The General Manager said their local content policy is good as the majority of workers are Sierra Leoneans; adding that they are not gender biased as they are giving more opportunities to women, which can clearly show that they are gender sensitive as they are creating equal opportunities for all, and they also have different staff packages for their staff, like indoor training and workshops.

He said they also provide protective gear for their staff to carry out their jobs efficiently and effectively.

The Deputy Minister of Labour and Social Security said they were impressed with the services provided for the staff and the conducive environment in which they work with a well equipped laboratory.

He said even though the company is owned by a foreigner the top management is led by a young Sierra Leonean with a Master’s degree in management administration and the workers were in their safety gear.

Mr. Kortu told the management of KADCO that his visit is to get a first hand information from the factory, as they want to know the kind of products they are manufacturing, the content of the product, the percentage volume, the rate and also the health safety measures for their workers.

The Deputy Minister and his team said they were satisfied with what they saw compared to other factories he has visited before and said KADCO factory is conforming to standards.

He said he was also impressed with the medical facilities for the workers, citing the dispenser at the factory in case of an emergency treatment for the workers.

“As Timber Association tours the n...