The police are currently investigating nurses working at the Princess Christiana Maternity Hospital (PCMH) also known as ‘Cottage’ for theft of a boy child.

Disclosures are that at the delivery the mother was told by handful of nurses that the child was a boy.

“The nurses also told my brother Lahai that I have given birth to a baby boy,” Miatta revealed.

“I was stunned when the same nurses who earlier told me of a boy child turned round to showing me a dead baby girl as my child.”

“My mother in law Mama Kadiatu Kargbo was also told by the nurses that I have given birth to a male child though.”

Miatta explained however that the nurses later told her in-law to go home and come on the other to see the born child.

She further revealed that she was shown her child minutes after birth and the child was indeed a boy.

“Because the nurses have failed to show my in-law the child, she was left without option but compellingly asked them produce the child to me,” she continued.  “That it was then that the nurses who delivered Miatta took her in-law to one of the hospital words and showed her a dead girl child.”

An alarm was raised and the police at Eastern Police Station informed.  The police have declined making any comment, but said hospital management remains unhelpful though.

It could be recalled that on number of times women giving birth at government hospital complained how their babies are exchanged in place of dead ones.

US citizen detained for stealing b...

Thousands rally in solidarity with... 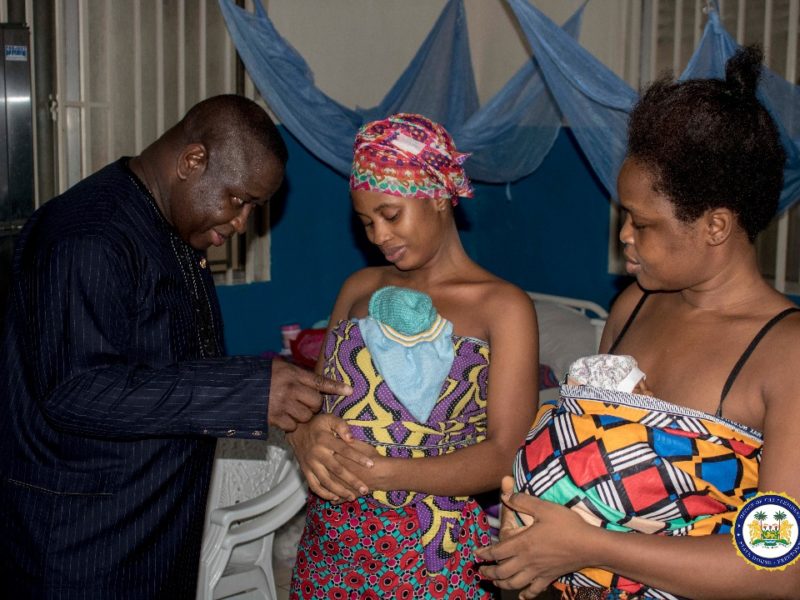