Â High Commissioner Henry. O. Macauley who visited a cross section of members of theÂ  Sierra Leonean Community in Jos, Plateau State in the Federal Republic of Nigeria, reassured them of the Ernest Bai Koroma led Government’s care and respect for its country men living outside the country.

The short planned visit was made Saturday October 26, immediately after the conclusion of a three days retreat of ECOWAS Permanent Representatives, Managers and ECOWAS Heads of Management, which took place in Plateau state, Jos.

Â  The visit which saw the rejuvenating of the sense of belonging was characterized by joy, happiness, clarification of issues and confirmation of developmental news from Sierra Leone.

Welcoming High Commissioner Henry O Macauley, a Medical consultant Dr. E.A. WrightÂ  thanked, the envoy for his “thought, time and care” to visit his countrymen, and expressed appreciation to President Ernest Bai Koroma for carefully selecting an envoy in the person of H.E. Henry O. Macauley, who cares.

“We are a small community in Jos, mainly educationists, technocrats and professionals “some of whom have been living here ever since 1929.

He paid homage to a late Sierra Leonean; by the name of Sister Theresa who died in the UK in the 90’s. He said her door was always open to Sierra Leoneans regardless of tribe or descent.

Dr. E. A .Wright who arrived in the plateau state of Jos, Nigeria in 1965,Â Â  said the oldest surviving Sierra Leonean in Jos is Mr. Francis S.M. Johnson a chartered Accountant.

He arrived in 1929. Due to ailment, he was unavoidably absent.

He said Sierra Leoneans in Jos have been law abiding and their contributions to the medical, Printing, Academic and other various fields in Nigeria throughout their stay is immeasurable and are not secret.

“Most of our Nigerian products range from that of a professorship to other fields in the Federal Republic of Nigeria”. Said Dr. Wright.

“We thank God, Our siblings are highly educated and are professionals working not only in different parts of Nigeria, but out of Africa also. Said Dr. Wright.

Dr. Wright introduced some of the elders including Educationists, Professor of Maths and Mrs. Liverpool, Professional Printer who set Jos State Printing Press James S. Kargbo, Educationist andÂ  Author of several school books Mrs. Ethel Pam, Educationist Prince Valian Cole, A theologian Mr. Edward Kai Josiah, , Valentina Amara, an architect Miss KargboÂ  Abu Bakarr Bangura who is scheduled to be called to the Bar in April next year, and others; who sought clarifications in the presentÂ  state of Roads and other infrastructure development in Sierra Leone, including Bumbuna Electric project, Water and Education.

Â James Kargbo described the cost of acquiring Sierra Leonean passports as expensive, because they will first need to buy an emergency travelling Certificate at the cost of One Hundred United states Dollars in addition to other travel expenses to Sierra Leone, to go through the process for one.Â Â

He pleaded on behalf of his compatriots to High Commissioner Macauley to facilitate a cheaper and easier way as an option to get Sierra Leonean Passports.

High Commissioner Macauley said the Government of President Ernest Bai Koroma has embarked on one of the most ambitious road-building programmes in our country’s history.

Quoting the president, High Commissioner Macauley said detailed engineering designs are being completed and funds are being secured for the construction of the Matotoka-Koidu Highway.

He said the Government has re-awarded the contract for the Lumley–Tokeh highway to a reputable company; work is starting, and the road will be completed in 2011.

In terms of Energy, HIGH commissioner Macauley said the government of President Ernest Bai Koroma has completed the Bumbuna Hydro Electric Project. And preparations are under way for its full commissioning later this month.

He said the Education has challenges, and tackling these challenges requires a concerted partnership between government, teachers, parents and other stakeholders. Together, we must rebuild the schooling infrastructure, improve the quality of teaching and learning, and strengthen the links between education and employment.

To improve the quality of teaching and learning, the Government of President Koroma has established a commission of inquiry to examine and recommend actions to address the poor performance of our primary and secondary school children.

High Commissioner Macauley confirmed oil discovery, and said its economicÂ viability is yet to be proven. Â

In relation to issues with Sierra Leonean Passports, High Commissioner Macauley, said he is presently pursuing a way within the ambit of the Law, which he will disclose after achieving success.

High Commissioner Macauley promised to visit every state where Sierra Leoneans are presently residing in Nigeria.

“As from date, we are going to start organizing our monthly meetings here in Jos”. declared the executives.

The debate concluded and updating...

She Said, They Said, You Say … 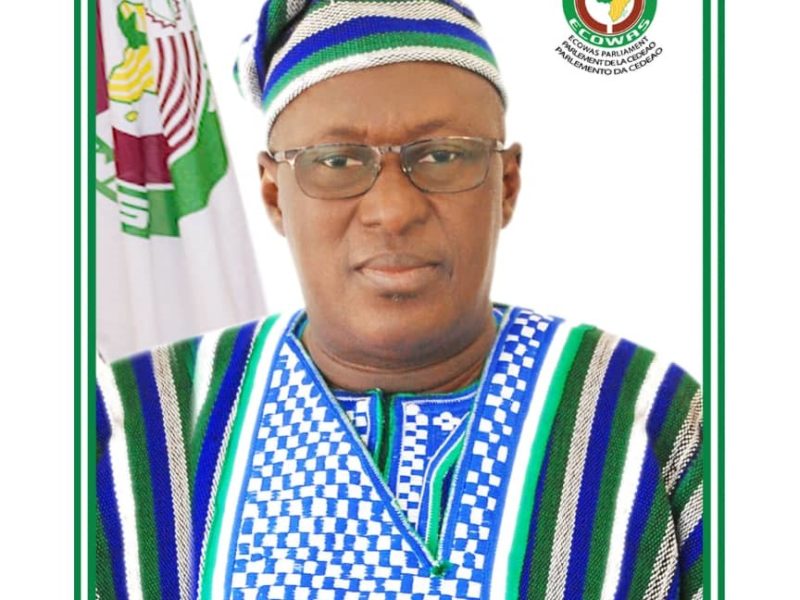 We Will Revert to Physical Meetings When...