Sierra Leone’s beauty queen, Swadu Natasha Beckley was adjudged the first runner-up at the Miss Africa USA pageant 2010 in front of a sold out crowd at the Montgomery College Vikings Center, Maryland, USA on Saturday July 24, 2010

The first round the day before, saw each contestant present their humanitarian platforms before a crowd of African diplomats at the Vikings Center Maryland USA on Friday July 23rd, 2010, combining beauty, brains and their passion to do good.  This stage of the competitive required the contestants to showcase some of the humanitarian work they have been doing. It was amazing to see the good intentions of all the queens and their hopes for the improvement of the quality of life for women and children throughout Africa. Swadu, founder and CEO of the “Sisters Supporting Sisters,” organization stunned the diplomats with her presentation on the issue of maternal mortality in Sierra Leone and her organization’s plan to address the issue.

The dazzling finale commenced in style on Saturday July 24th, at 7:30 p.m. in Montgomery College, Silver Spring, Maryland USA, with the 32 contestants taking the stage in their costumed white jacket and trouser suits with black top hats. The crowd went wild when the 32 contestants appeared on stage and at that point one can safely say that any of the 32 African queens truly deserved to win the coveted crown.

The looks were dazzling and graceful and Sierra Leone was proudly represented by four queens, Mamiesa Kabia , Nessie Abdulai , Natasha Beckley, and Marietou Cole. After each contestant introduced themselves and their platform, they participated in a fashion show depicting the traditional African girl look. It was time to cut the number of contestants that would go into the second round of 15.

The announcement made by the organizers stunned the crowd. Two of Sierra Leone’s best, Natasha Beckley and Marietou Cole were left out. The judges later on realized that a mistake had been made and therefore paused for over 20 minutes while reviewing the scores. A mistake had truly been made; two deserving contestants had been left out while two who should not have made it to the second round were in. A decision had to be made; go ahead with the already announced names; drop the two girls who did not qualify but had been announced or include Marietou and Natasha who deserved to be there. The organizers apologetically chose the latter course of action making the second round a round of 17 contestants instead of 15. This they said they did it to maintain the integrity of the pageant and the judges.

Coming back from a devastating administrative blunder, Natasha bounced with renewed vigor and determination to knock the talent show out of the ball-park with a beautiful poem that wowed the crowd with her humility, looks and poetic brilliance. Without a shadow of a doubt it proved a proud and emotional moment not just for her but for everyone in the theatre, as the audience rose to its feet, giving her a standing ovation.

The finale of an intriguing contest then followed very tense moments as the crowd waited for the final five contestants to be announced. Gabon, Ghana, Nigeria, Guinea and Sierra Leone represented by Swadu Natasha Beckley made it to the top 5.

Then it was time to select the winner: Nigeria was knocked out in 5th place; Gabon in 4th place; Ghana in 3rd place and Sierra Leone in second place with the crown going to Miss Guinea.

Those present could not control their emotions and amazement for the professional comeback made by Natasha. This is Natasha’s first international pageant and has really made Sierra Leone proud. As 1st runner up, Natasha is the 1st African Princess; winner of the Diplomats Award and also winner of the Best Promoter award, including an array of gifts, presents and some cash.

Natasha says she owes her performance at this finale to God, her family; her church family at the United Wesleyan Church, Alexandria, Virginia and the many little girls in Sierra Leone and Africa in general and to the members of the “Natasha FC” soccer club in Freetown. The  22 year old poet (with over 300 poems in her name) and a senior majoring in foreign studies at the University of Virginia’s college at Wise is current Miss Sierra Leone in Washington DC, 2009 and reigning Miss University of Virginia, Wise, 2009.

About her future plans, Swadu had this to say: “I believe that I have found my calling. As a young SALONE tity I intend to publish my first book of original poems entitled “Beauty, Brains, and Good Lyrics; complete my bachelors in foreign studies, then pursue a Masters in Public Health. I believe that I have what it takes to make a difference in the lives of my sisters in Sierra Leone.” Natasha Beckley is a woman that has dedicated herself to improving the lives of Sierra Leonean women. “I have pride in my culture, and a strong belief in the capacity of the Sierra Leonean woman.”

All eyes on Sierra Leone this Sunday 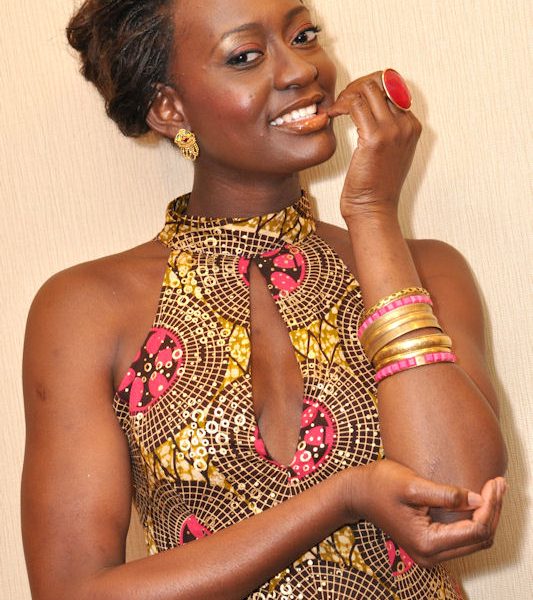