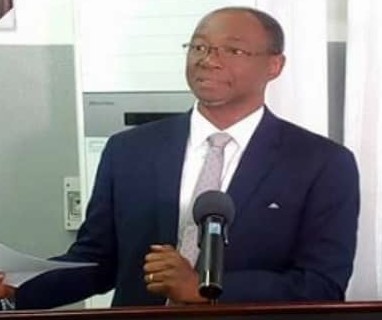 Over 128 health workers at the Fourah Bay College Holding Centre in Freetown have challenged the decision of the National COVID 19 Emergency Response Centre (NACOVERC) to close down the center on Friday July 17th, 2020 without paying their cash and feeding allowances.

The health workers vowed that they will not move to their various homes as told by the Case Management Pillar Lead of NACOVERC if Government continues to refuse to pay them their money as per agreement.

The dissatisfied health workers said, a Memorandum was signed between them and Government that all doctors, pharmacists, Community Health Workers (CHO’s), nurses and other senior class of medical practitioners should receive a weekly allowance of One Million Leones (Le 1M) and a Sixty Thousand Leones (Le 60, 000) as flat rate for all workers, noting that the memorandum also highlighted that hygienist, pschycosocial, data clerk, hygienists and secretary should receive Five Hundred Thousand Leones as weekly allowance.

According to disappointed workers, they have no problem with the closure of the centre and transferred the six remaining patients from the said centre to Benguema Treatment Centre, but they needed their allowances, noting that they also afraid of going home without testing their swab to know if they are positive or negative of COVID 19.

Speaking to officials at the centre who preferred not to be named whispered this medium that FBC Treatment Centre which he described as biggest, admitted 358 cases of CIVID 19, cured 330 cases and referred 28 cases with one death as a result of administrative and motivational support the management was given to the vulnerable health workers.

It was disclosed that all promises made by the responsible authorities never actualized, noting that health workers received only one week part payment for April this year. Information also leaked that FBC Holding Centre health workers received one week allowance for May around 18th June, 2020. “We don’t know our fate for July,” they told reporters.

They advanced that as they speak for the right of all health workers in the fight against COVID 19 for the purpose of saving lives, they equally reminded Government to honor their pledged.

They also spoken about donations received by NACOVERC on behalf of the Centre but nothing reached them as supposed beneficiaries and emphasized that most health workers have abandoned their homes and neighbors as a result of the prevailing stigmatization against them.

They also spoke on the important for Government to make the Health Insurance scheme a policy to help health workers that died during the period they were executing duties.

The aggrieved health workers argued that they were not officially informed earlier by supposed authorities about the closure of the Centre which supposed to have taken place on July 17 until a day to the closing date, noting that they were told that the closure rumor came about as the Academic Staff Association at FBC requested that the college would soon open and they needed the facility.

According to the disgruntled workers, FBC Holding Centre was established on April 27th, 2020 with a total bed of 200, adding that FBC has discharged highest number of COVID 19 patients among all the treatment centers across the country. “With all our efforts, they wanted to drive us without paying our allowances,” they grumbled and described the situation as not going down well with them.

The frustrated health workers requested Government for them to benefit from the post pandemic package and accused officials at NACOVERC of behaving too bureaucratic to the extent that they centre could not boast of getting supplies sending on their behalf.

They described FBC Holding Centre as the only facility without an ambulance throughout the fight against the deadly virus, adding that most time the Centre Manager uses his private vehicle to run affairs of the centre. The striking medical doctor maintained that they needed certificates of recognition and their three weeks allowances for April.

Workers disclosed that the Case Management Pillar has suggested that the six remaining patients at the centre would be taken to Benguema, but according to them the process is not proper because it will sound as if the virus has overcome the victims who should be transferred.

“We will not have a medical system headed by non medics,” and described Retired Hassan Keili Conteh as having no medical background to head the response process of the virus.

WHO strengthens partnership with G...