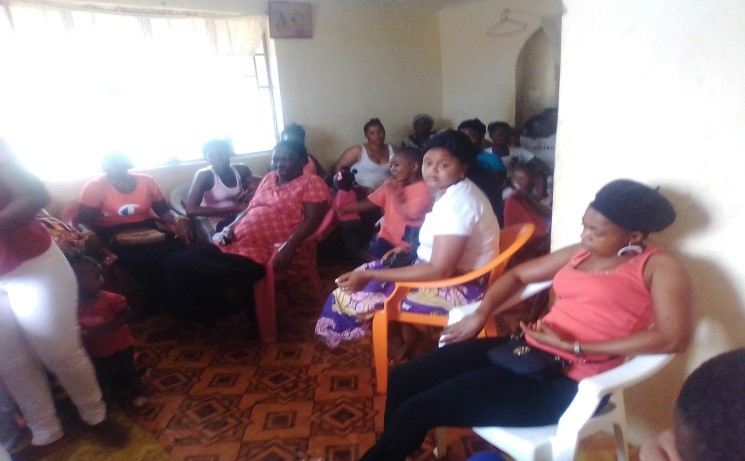 An All Peoples Congress (APC) organization, Grassroots Women Support Group has meet together to mobilize support for Dr. Samura Kamara to be elected as the party’s flagbearer to contest in the 2023 Presidential race.

The meeting which attracted hundreds of women was held at the organization’s head office at 45 Old Railway Line, Cole Town, Waterloo in the Western Rural District (WARD) on Sunday, July 12th, 2020.

Speaking to members of the organization, Secretary General, Kadija M. Koroma noted that the aimed at not only expressing the desire they have for the party to come back to power but also for the love they have for Dr. Samura Kamara whom they described as the fittest and most popular aspirant to take the party to State House.

“Every member is important and we are not going to support any aspirant except Dr. Mathew Wilson Samura,” she told comrades and encouraged to stand firm to ensure that the former Minister of Foreign Affairs and International Corporation and former Presidential candidate to fulfill his dream.

She encouraged colleague women to take centre stage because; according to her APC is the only grassroots political organization with the ability to transform this nation.

She called on the general membership to treat the organization with all seriousness it deserves because; she said APC is an active business and continued that she initiated the idea to form the movement to amass grassroots support for Dr. Samura Kamara in the next Presidential election.

She told listeners that Dr. Samura Kamara and other part hierarchies recognized the organization and willingly ready to throw their weight on it, noting that the movement is opened to the public and belongs to any supporter of Dr. Samura Kamara.

She proclaimed that every member will realize benefit if Dr. Samura Kamara become the next Presidential candidate because, she said, he is kind, royal, loving, brave and possessed all administrative skills to take the country forward. She described citizens condition of living as getting from back to worse, highlighting that, Dr. Samura Kamara is not only loved by Sierra Leoneans but also hailed by the international community for his good reputation.

She assured the general membership that Dr. Samura Kamara will pay visit to the organization to formerly launch the movement as soon as the country declares Corona Virus Disease (COVID 19) free and explained plan to decentralize the organization especially within Waterloo and the country at large.

Chairlady for the movement, Tairu Bangura encouraged fellow women to join the initiative with one mind to ensure victory for the party come 2023, adding that the meeting was just the beginning and would continue until victory be the answer.