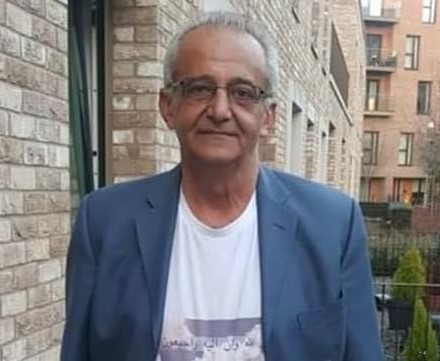 It has become public knowledge that a Lebanese-British citizen, Adnan Antar, has now made it a trade and a constant habit to frequently rain caustic invectives against targeted Lebanese nationals and even a highly respected Islamic cleric in Sierra Leone without proffering an iota of justifiable or sensible reasons to substantiate his baseless allegations which could only be easily dismissed as premeditated outbursts geared towards denting the hard earned reputations of all those he has been deliberately and senselessly targeting.

From his despicable social media posts, in which he has been using nauseating vulgar languages, with reckless abandon, there is sufficient evidence that the British Government must take the bold step of instituting stern punitive and remedial actions against this errant British citizen based on the simple fact that he is continuously soiling the good image of the British people and by extension undermining the very principles of democracy.

Suffice it to say that in any democratic dispensation there is room for freedom of speech but it must be underscored that indeed freedoms do have limitations bordering on tranquility, public decorum and civility. In this instance, as far as it could be interpreted, Adnan Antar is continuously bastardizing and abusing the fundamental human rights of certain members of the Lebanese community in Sierra Leone thinking that he is guaranteed the unfettered right of freedom of speech as a British citizen.

It is not that Adnan does not have the right to exercise his Freedom of Speech or opinion but what he has been doing goes far beyond that as he has been threatening the lives of peaceful citizens for which the British Government should put a stop to or institute stiff penalties against him.

There is record to the effect that Adnan Antar went to the extent of assaulting deceased spirits of a large number of the community which is religiously considered  to be forbidden and a sacred matter .

Of course, he may do have certain reservations against certain individuals belonging to the Lebanese community in Sierra Leone but to constantly use social media platforms to unjustifiably attack highly placed and respected individuals in this country whom have contributed so great to the socio-economic development of this nation, for no justifiable reason, must not go unchecked.

According to what a prominent Social Commentator said, Adnan Antar, the British citizen, must now be hold accountable for trampling on the privacies of individuals whom he has deliberately maligned out of an unwarranted personal vendetta. Indeed, one thing that has been established is the fact that this British citizen, Adnan Antar is a big failure in life who thinks that because of his failure other successful individuals of the Lebanese Community, whose successes he is contemptuously envious about, must be castigated with impunity to bring their hard won reputations into disrepute.

This is one of his latest social media outbursts and life threatening remarks: “You are a dog and an African money, you are dirty and nasty person, believe me that someone should cut your genital area and shove it in your mouth and force it inside, you are a dog and animal.

Believe me and I swear, pray to God that we ever meet up face to face, because I am going to cut you in the same way that they cut the previous Liberian President Samuel K Doe, do you remember how they cut his ears.

You deserve to be thrown in fire, with a tire around you and burn you up the same way that the rebels did previously.

I pray to God to have another war and coup in Sierra Leone and the rebel attack you and I will be the first person to enter your house.

I will make you run in the street naked the same way they did with Ali nicknamed Balibali and I will rub pepper and water on your body. I promise that you will not enjoy your money”.

He continues: “I wish that you were next to me so that I can bite your ears the same way that the boxer Tyson did with Holyfield, I wish that someone will do that he approaches you as if he want to kiss you then bite your ear.

I wish I can find someone to do that i.e., approaching you as if he wants to kiss you and then bite on off your ear and then start cutting your fingers slowly”.

Adnan Antar went further to attack other prominent individuals accusing them of being homosexuals and even wrongfully informed that Family Kingdom is being used as a resort where illicit sexual activities are taking place. With all amount of seriousness such an accusation has the tendency of affecting the business of the Proprietor of Family Kingdom based on Adnan’s description of the place as a “den of sex”.

From what this medium learnt, he has been negatively classified as a very unlikable individual who is engrossed on broadcasting via social media and his Facebook page inciting messages against prominent well respected members of the Lebanese community in Sierra Leone for which the British Government must show concern and take necessary action.

According to his video messages, which have become viral, Adnan Antar must be indicted for assault and gross human rights violations.

He stands guilty of broadcasting inflammatory voice and video messages when the Lebanese Community was evacuated via a chartered aircraft, alleging that they want to be fleeced of their monies.

Most, who have listened to his Social media proclivities in which he copiously used very caustic and unprintable adjectives against certain Lebanese nationals and others, have concluded that as a British citizen he must be bought to book and disciplined for him to behave responsibly and respectfully.

Certain Lebanese nationals, whom this medium contacted, described him as a shame and disgrace to them, as he daily uses unprintable words and invectives against his own brothers and sisters. He has become nothing but a nuisance that the British authorities need to caution, based on his unethical outbursts and use of abusive languages.

It must be reiterated for the attention of the British authorities that Adnan Antar’s posting of hate messages on social media is indeed an offense by law, especially when it is deemed as a violation of the privacy and integrity of individuals who have families and living peacefully in this country as well as having contributed greatly and still doing so to the advancement of this nation.

Disgracefully, Adnan Antar, has also been raining unimaginable abuses against the wife of Samir Hanssanyeh, Mariam Bittar, with all kinds of unprintable language.

This medium holds no brief for the Lebanese community in Sierra Leone, but only wants the British authorities not to be insensitive to an unscrupulous Adnan Antar’s antics to pull down others purely based on hate and malice.

It must be repeated that Adnan Antar’s outrageously immoral utterances against targeted members of the Lebanese community deserve the attention of the British authorities. Enough is enough and this madness must be checked for the sake of our children and posterity. There must be no room for haters.

Appointment of NEC Chairman in Sie...