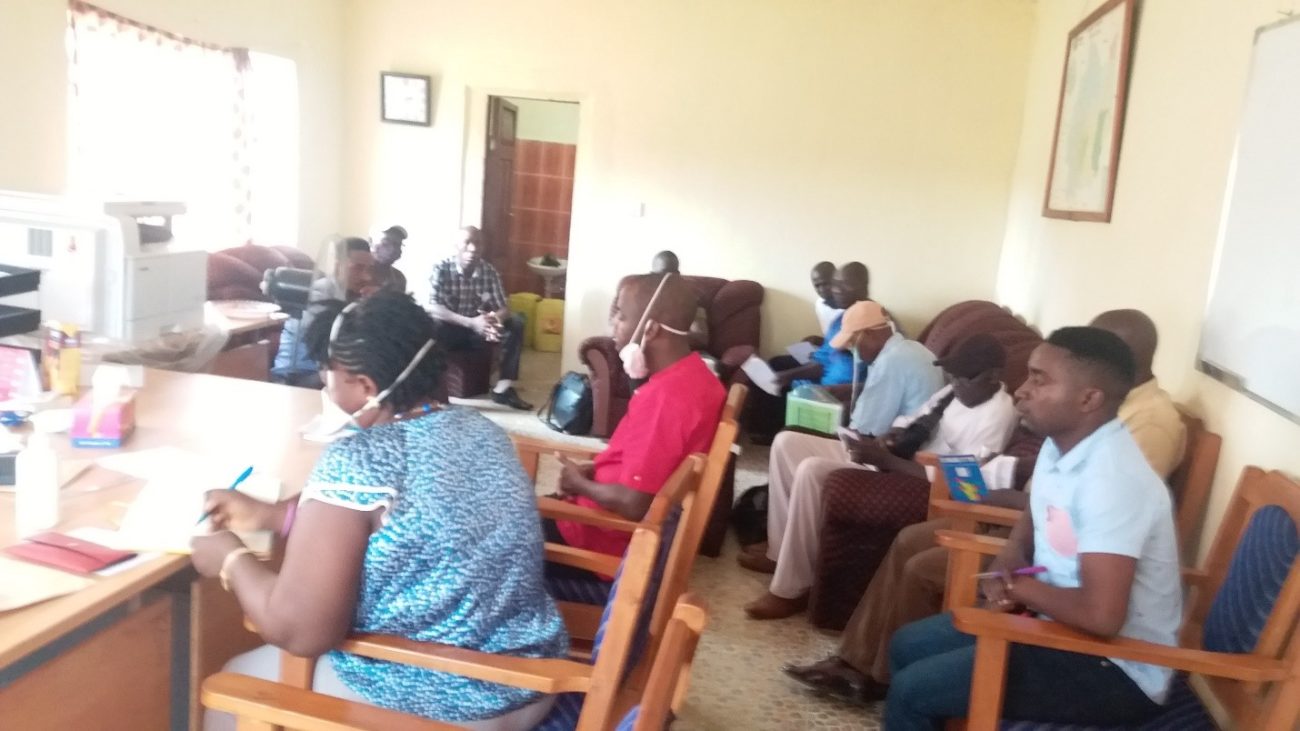 The Anti-Corruption Commission (ACC) continues to empower Ministries, Departments, and Agencies (MDAs), as well as other institutions with relevant information to ward off the ‘national security threat’ posed by corruption.

The latest move in this direction was an interactive engagement with core officials of the Ministry of Basic and Senior Secondary Education (MBSSE) in Koidu City, Kono District. The meeting was held in the office of the Deputy Director of Education on Monday, 13th July 2020.

According to the ACC Sub-Regional Manager in the district, Hawanatu O. Kamara, the meeting sought to create a forum for frank discussions with MDAs on the best workable strategies in curbing institutional corruption to pave the way for effective service delivery to the public.

She dilated on the draining effects of corruption especially in the education sector. Mrs. Kamara warned that corruption has the potential to scuttle every effort or resource injected into education as a flagship programme of the Government. Once corruption persists in the Ministry, she added, the whole programme would become a white elephant and educational outcomes would not match competitive international standards.

Mrs. Kamara further emphasized the criminalization of cheating in exams, and its penalties as recorded in the Anti-Corruption Act as Amended in 2019. “Exams malpractice is a corruption offence punishable by at least Le 50,000,000.00 (Fifty Million Leones) fine or an imprisonment term of at least five years or both”, she told the education officials.

“The tide has turned as the ACC will prosecute anyone engaged in exam malpractices without compromise. This is in the interest of our country, and I encourage you as key actors in the MBSSE to ensure quality education is delivered to all pupils in Kono,’’ Mrs. Kamara said.

The MBSSE officials were inspired to resist corruption, and imbibe the values of integrity, transparency and accountability, while executing their duties and responsibilities. The Commission called the attention of members of the Integrity Management Committee (IMC) in the Ministry to be vigilant to curb corruption, and liaise with the ACC to achieve this.

Whilst making a statement during the meeting, Sahid Sowa, Investigations Officer, forewarned his audience to desist from the use of their ‘office for advantage’ as this constitutes an offence in Section 42 of the Anti-Corruption Act 2008, and as Amended in 2019.

He further pinpointed and dilated on Sections 42 and 43 which talk about ‘Abuse of Office’ and ‘Abuse of Position’ separately. Mr. Sowa revealed that offenders found guilty under these Sections will serve a custodial sentence of not less than five years, or a fine of not less than Le 50,000,000.00 (Fifty Million Leones) or both, on each count.

“The Law against corruption is strict. Public Officers can only do their best, if they abstain from all forms of corruption. The Law is meant for the offender. Those who conduct themselves as per law in public offices do not need to fear,” he concluded.

The newly transferred Deputy Director of Education to Kono, Alimamy Kamara, responded that he was pleased to have been in an engagement with the ACC for the very first time in his career. He assured the Commission that he would, at regular intervals, ensure his colleagues are reminded to follow standard work ethics while rendering service to the masses.

A discussion on the Ministry’s preparedness to prevent cases of malpractice in the forthcoming external exams in the District was also a major feature of the customized engagement. The visiting ACC team suggested to the MBSSE that a coordinated task force including relevant stakeholders could help to ensure malpractice-free examinations.

This was welcomed by the MBSSE and details were promised to be discussed in a proposed meeting with school heads.