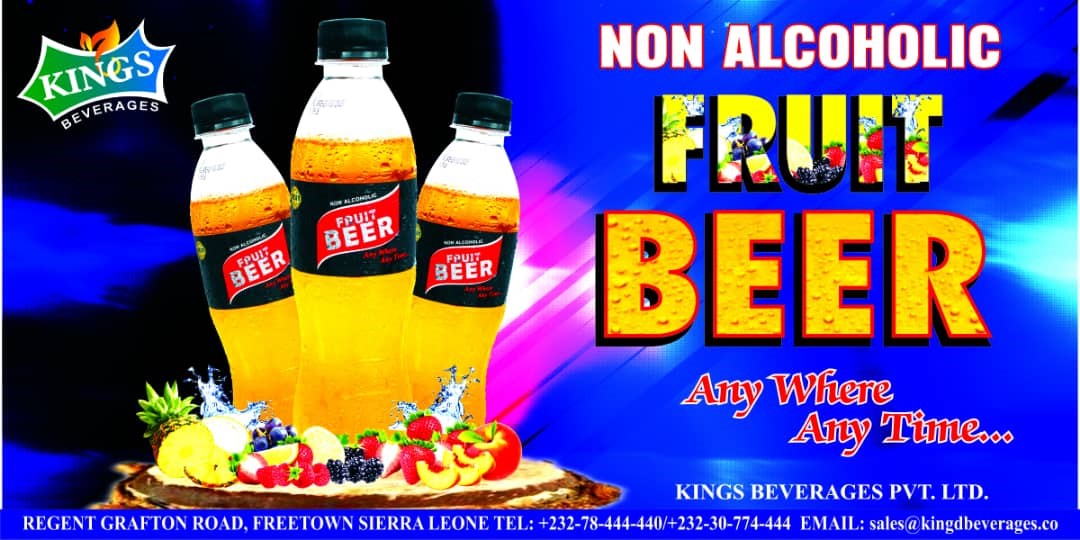 After thorough findings on the operation of a less than four months old investment company, Kings Beverages, located at Grafton/Regent Road, Western Rural District, this medium discovered that the corporation is dominated by Sierra Leonean workers from various backgrounds.

Speaking to the factory’s Human Resource (HR) on Friday, 26th June, 2020 at Kings Beverage, Richmond Somasa disclosed that over Ninety Five Percent (95%) of the workers are not only Sierra Leoneans, but are recruited within the company’s operation areas (Grafton and beyond).

Talking about the baby entity, Somasa said they are still at installation stage, noting that Kings Beverage was launched closed to four months now.

He discussed that the official premier ceremony which was attended by distinguished public and private officials including the Minister of Trade has been done about four (4) months ago.

He spoke about the recent visit paid by officials from the Immigration Department who have assessed and approved their operation’s method.

He pointed out that Kings Beverage produces various types of beverages including different kinds of soft drinks and Tutik water.

Lamenting on their Corporate Social Responsibility, Somasa maintained that within few months they have constructed water dam at Scout Camp within Grafton and mentioned that during the commissioning ceremony, they distributed assorted food items among indigenes, including bags of rice, sugar among other essential food condiments.

On the visit paid to the factory by officials of the National Social Security and Insurance Trust (NASSIT), Somasa made it clearly that despite the institution is very young, but they are on the process of registering workers to start contribute to the scheme.

Mr. Richmond said since they respected human dignity and the country’s labor laws, they provided safety gears for all workers in need and they are paying the least staff above the Government minimum wage.

He proclaimed that since the Government and the people of Sierra Leone are battling the deadly Corona Virus Disease (COVID 19), his institution has also done a lot in the area of sensitizing inhabitants within their area of operation on the danger and prevention of the pandemic.

He concluded by assuring indigenes at Grafton that they are there to stay and would continue to honor their CSR at any time the need arises, encouraging citizens to continue observing regular hand washing, wearing face mask, avoid hand shake or body contact for the quick eradication of what he described as a global pandemic.