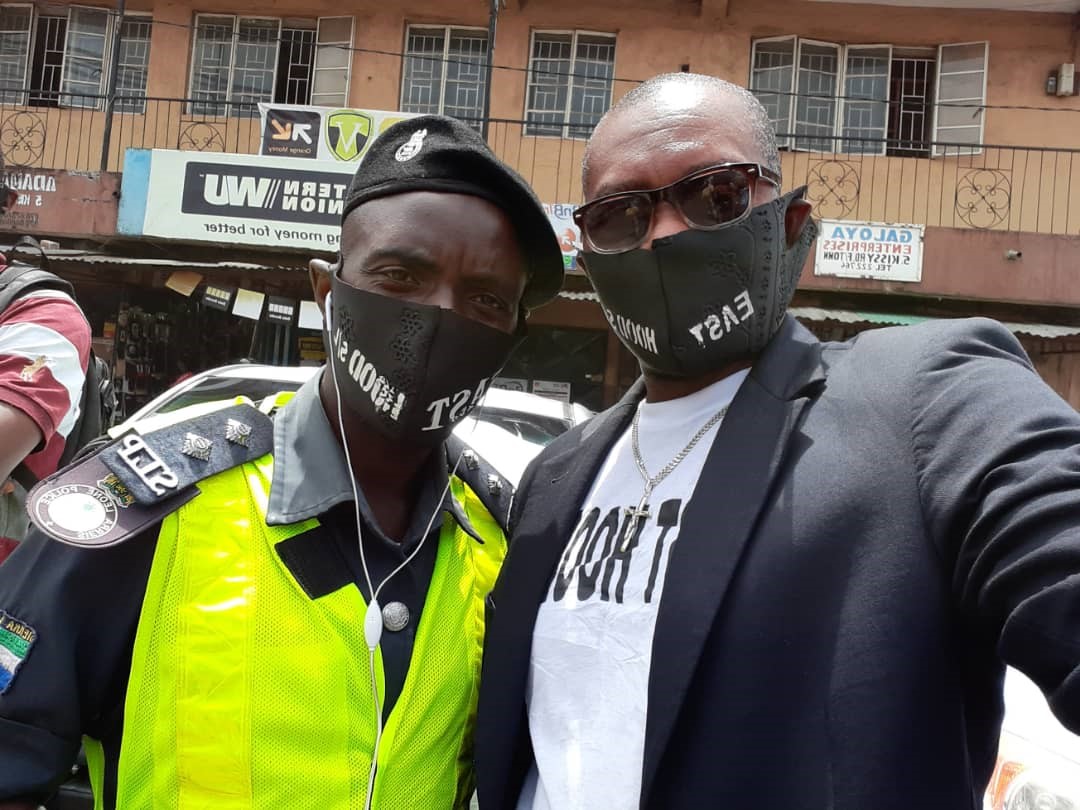 A Non Governmental Organization (NGO) whose members based at Kossoh Town, Fourah Bay community in the Eastern part of Freetown has embarked on a non violence campaign and shared over 800 face masks to complement Government effort in the fight against the deadly Coronavirus Disease (COVID 19).

Speaking to this medium, Secretary General for the organization, Salieu Turay aka Messi highlighted that they thought it wise to share face masks and sensitizing young people hands off violent activities because it is Government priority, noting that they catered for commercial sex workers and street kids.

He explained that in February 2019, they celebrated the organization’s twelfth (12) years, recalling that during the Holy month of Ramadan, they distributed bags of rice to slum community needy people.

He encouraged young people to stay away from violent activities for the fact that he said, they have vital role to play in society, noting that they have no external aid but they did this humanitarian gestures in their own little way.

The Secretary General maintained that the Commissioner for the National Youth Commission (NAYCOM), Ngolo Katta is working with them to help address problems faced by young people and appealed to the Ministry of Youth Affairs to create a level playing field for young people to be included in the governance process.

He called on Government to continue maintaining the COVID 19 strict measures for the progress of the country and affirmed that they joined the fight against the menace because Government cannot do it alone.

Another member of the organization, Abu S. Bakarr, an IT Technician said they formed the organization since school days to preach to colleague young people to see the need for them to involve in productive activities, noting that as an organization they stepped in as a result of the manner in which new cases are still coming up.

Titta Tom, a Liberia woman based in Sierra Leone and a member of East Hood S/L called on fellow women to come onboard and try to transform themselves.

However, Titta Tom called on Government to help provide jobs for the jobless youths because, she said some of them involve in odd activities as a result of lack of jobs.

A Season Journalists from the Council for Civic Education office at State House, Edmondson Sunny Cole discussed that East Hood is a group of young people perceived to be members of cliques who described themselves as Black Squad. He commended the vigilant young people for their passion to use their own money to help Government in addressing issues that have to do with public interest.

He said he was happy that clique activities have reduced and many who involved themselves in it have transformed themselves positively.

Mr. Cole talked about the peace settlement they have made between the black and red boys at Kossoh Town and Fourah Bay community and explained plan to train those young people to become self reliant and useful in society.