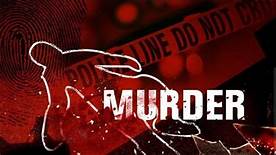 The Choithram Factory situated at the Wellington Industrial Estate, Wellington Freetown is said to be embroiled in a murder mess following the death on Friday 29th May, 2020 of an employee whose death according to an autopsy conducted was caused as a result of strangulation.

It could be recalled that in the morning hours of Friday 29th May, 2020, the corpse of Moses Kalia, 58, an employee of Choithram Factory in the east of the capital, Freetown was discovered in a generator room at the factory.

It could also be recalled that prior to the autopsy report, the company’s driver, a certain Mohamed Dumbuya was quoted to have said that when he heard the loud screaming of one of the employees, he went to enquire and was told that Moses Kolia was electrocuted.

The incident quickly caused panic at the Choithram Factory as news of the alleged murder spreads. Alie Kamara was the police officer on duty and was said to have reported a case of alleged murder of Moses Kolia.

According to the company Chief Security Officer (CSO), Valecious  Ady Showers, from whom the police obtained a statement, said the deceased and co-worker Abdul Salam Conteh reported for work at around 6:45a.m. and the deceased told his co-worker that he was going to use the gents.

Seven suspects have however been arrested in relation to the death and now currently helping the police with the investigation.

The head of Choithram, Harish Agnani, when contacted by this writer for comments, declined stating that everything is in the hands of the police and that they will rely on whatever outcome they might come up with.