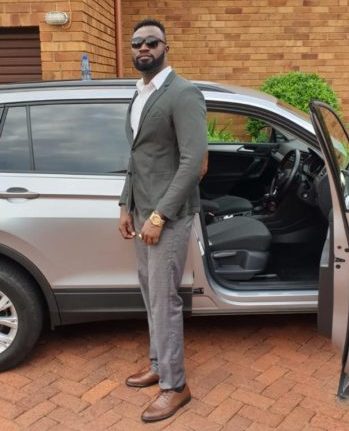 Long John, a Sierra Leonean in the Diaspora has released a strong revolutionary song title “Angry Man Don Bus Pan Jollof”. The new song is presently dominating every nook and cranny as a strong song that has come to expose the Bio’s government.

Long John, who happens to be a son from the South East has come down heavily on the Bio’s government explaining every dam thing that is happening under the ‘Paola New Direction’. This release has gained public attention to the extent that the song title clearly befits the current state of affairs of the Bio’s government.

Listening to the song, it explains the rampart sacking of northerners who are perceived to be sympathizers and supporters of the APC.

Long John is expected to do a formal launch of the album anytime from now. His manager, Kitel who is also in the Diaspora said the song title ‘angry man bus pan Jollof’ clearly explain in terms about the current state of affairs of the Bio’s government whose focus is retribution. He called on Sierra Leoneans to patronize to this song stating that their intention is to ensure 70% of the sales go to poor people in the country. He added that Sierra Leone needs an artist like Long John who focuses far outweighs those with political interest.

“Even though he comes from the south east, Long John did not condone the bad governance system of the Bio’s government like others who will prefer to turn blind eyes to it and then begin to praise sing even though there is nothing to praise or sing about.