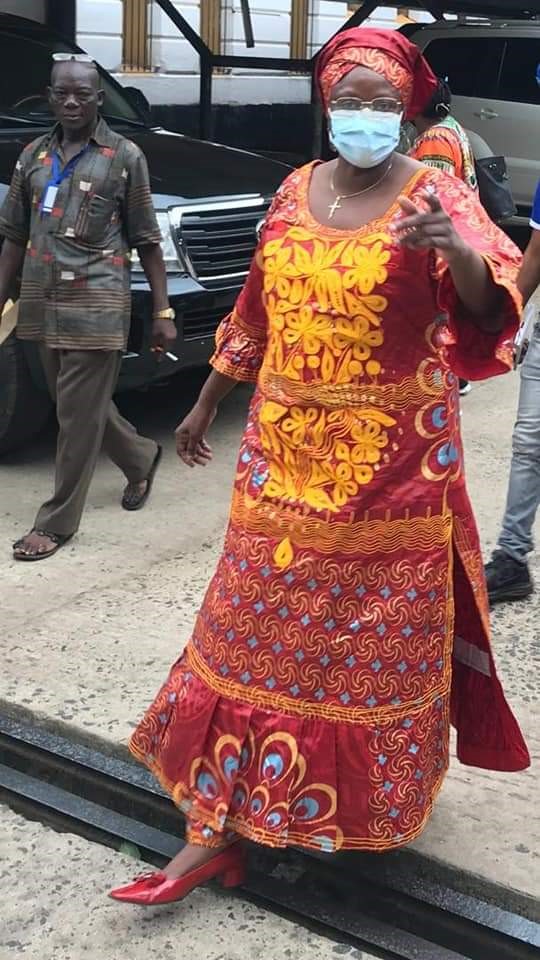 After spending over three weeks in police detention without charge, and only to be taken to court a few days ago to answer to a ten-counts charge – ranging from seditious libel against the president to perverting the course of justice, Dr Sylvia Olayinka Blyden has in the afternoon of Friday 29th May, 2020 been released on bail.

She was set free but university student and child rights activist – Hussain Muckson Sesay, who was arrested for allegedly publishing a photo of Dr Blyden being interrogated by CID officers – a charge he continues to deny, was said to be released on Saturday or Monday today.

There was excitement in court yesterday, when it was reported that Lawyer Melron Nicol-Wilson, acting for both Blyden and Sesay had secured bail for the pair.

But this excitement quickly turned into disappointment for supporters, friends and families of Blyden and Sesay, when Magistrate Hannah Bonnie demanded stricter than usual bail terms and conditions, including the demand that each accused must have two sureties who are property owners in the Western Area of Sierra Leone – with each property valued at 500 million Leones (about $50,000); and for each surety to produce their passport, the conveyance document and valuation certificate of their property.

Both were sent back to prison on Thursday, after failing to find suitable sureties at short notice.

But however, their fortunes changed and the prayers of supporters, families and friends were answered. They have both been granted bail and Dr Blyden’s long walk to freedom was finally actualized on Friday afternoon.

Speaking at a press conference organized by campaigners, friends and families of Dr. Blyden, Human Rights campaigner – Mr Messeh Leone said: “Authorities in Sierra Leone must now drop all the charges against Dr Blyden and Muckson.

According to Mr. Messeh, the charges against them stem directly from their work as journalists, activist and peaceful citizens. This activity should not be punishable and is part of their professional capacity.

The Public Order Act No 46 of 1965, he said, is outdated and not fit for purpose. He furthered that dictatorial government officials use the Public Order Act laws mainly against journalists and activists and the prospect of their use instills fear in the minds of people across the country.

‘’There is an urgent need to end the tyrannical criminal defamation laws, which unduly restrict freedom of expression. There are calls in Sierra Leone for the repeal of Part V of the 1965 Public Order Act dealing with libel laws. We want real victory for Unity, for Freedom, for Justice.” he said.

From one Trouble to Another… GT Ba...