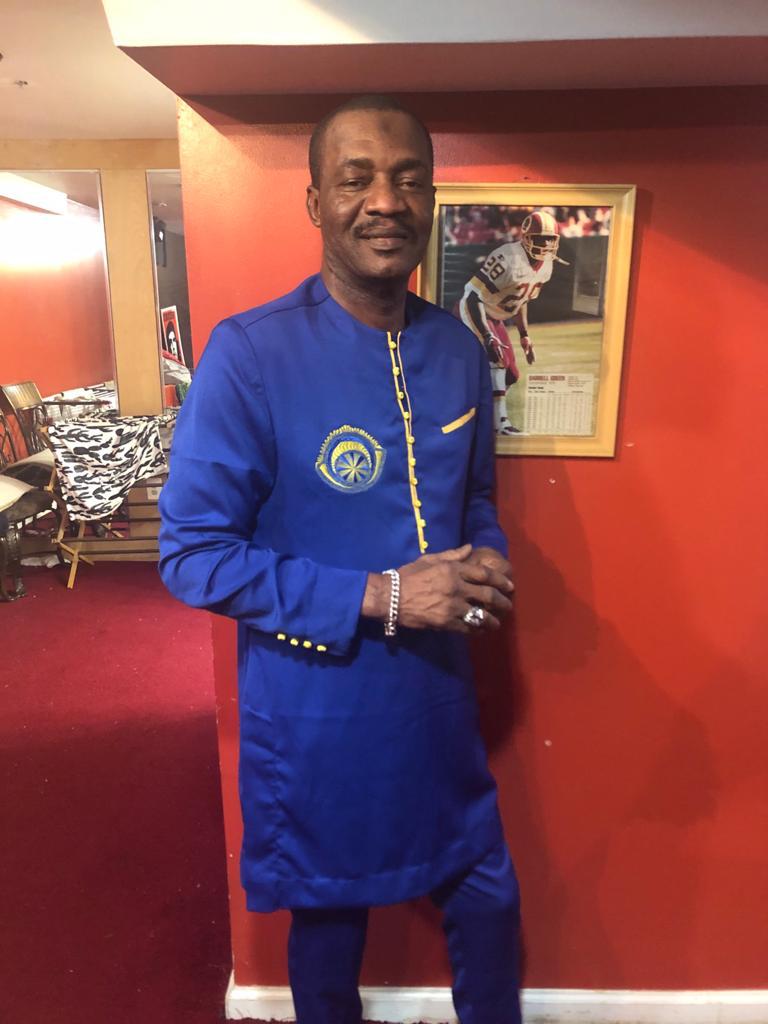 Network 4 Kalilu Fadika on Thursday 21st to Saturday 23rd May 2020, embarked a distribution of food and Non-Food Items to various communities within constituency 122.

Speaking during the donation at the Magazine Community on Thursday  May 21st 2020, Sheik Mohamed Koroma (Bobby Sheng), Executive Member of Terry Gen and a member of Kalilu Fadika Network stated that Kalilu Fadika is a Business Tycoon, Philanthropist and a Politician who contested for the All Peoples Congress Party’s (APC) Symbol for Member of Parliament for Constituency 122 during the March 2018.

‘He stated that the donation at the Magazine community targeted all householders, irrespective of their Political Affiliation.

“Kalilu Fadika is a true Son of the Magazine community and Sierra Leoneans know the contributions of the Fadika Family towards the development of Sierra Leone. They are a very generous family, known for their friendliness,” he stated.

At the Mabayla Slum Community, Habib Brooklyn Kamara, Chairman of the Network 4 Kalilu Fadika, who also doubles as Chairman of the Hagantonians organization, said the donation is geared towards supporting vulnerable women and Children in the constituency, especially so, during the Holy Month of Ramadan.

He stated that Kalilu Fadika has been supporting the community for the past years; He reconstructed the Sawmill steps to link communities in Constituency 122 to the central business district of the capital; it is also the main route linking Magazine Cut, Dove Cot, Mabayla, Guard Street to Big Wharf, Mo Wharf and other surroundings constructed during the colonial days. Over four people are said to have lost their lives and several others injured in recent years due to its dilapidated state.

He has undertaken what many described as the biggest cleaning exercise, which included Hagan Street, Mabayla, Guard Street Market (Dove Cot) and its immediate environs. He was able to mobilise some young men and women, Masada and the National Fire Force to clean these communities on diverse dates, installed street lights in all this communities

He has, over the years, provided Scholarships and Learning Materials to Primary and Secondary school pupils within the constituency.

In his statement, Mohamed Bangura (Medish), Youth Chairman in the Magazine Community, said the Network 4 Kalilu Fadika is a non-Political Network that was formed to champion development in the constituency, He stated that the donation will help to unite the constituency and motivate others.

Alusine Kamara ( Aka Timber Land), one time House mate in the Big Brother House Mate 2019 Reality  TV show, admonished the beneficiaries to abide by the preventive measures put in place by the government to stop the spread of the Coronavirus,  and stated that Kalilu Fadika is very much concerned for their safety and well being.

Adama Sankoh, a single mother of three, one of the beneficiaries, thanked Kalilu Fadika for the support and call on others to copy from him.