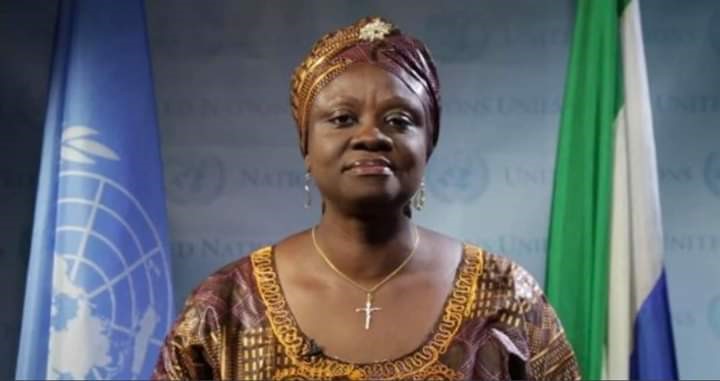 Popular female journalist, politician and activist, Dr. Sylvia Blyden and Hussain Muckson Sesay have both been sent back to the male and female correctional centers respectively  following their failure to meet what many have described as bizarre bail conditions set by Magistrate Hannah Bonnie.

The duo has been held in custody cumulatively for almost a month until yesterday, May 28th, 2020 when they were granted bail.

However, the bail conditions were so harsh that they could not meet the requirement and thus, were taken back to prison where they had been remanded for the past one week now.

Although bail was granted, but with condition that each accused must have two sureties who are property owners in the Western Area of Sierra Leone with a value of  500 million Leones (approximately USD 50,000) and the provision of Building Permits for each property prevented from getting the freedom they deserve.

‘’We note that Dr Blyden and Mukson are now trying to fulfill the requirements since it requires production of conveyances and valuation certificates showing the value and passport copies of the sureties.’’ We hope they can fulfill all requirements soon. Campaigners for the release of Dr. Blyden and Muckson Sesay stated adding that they will continue with their important campaign work for their immediate release.

‘’We will continue to engage the families, lawyers, state and non-state actors to deal with the bail requirements and ensure they are out of prison sooner, even before the next court date.’’ They maintained whilst also calling on authorities in Sierra Leone to now drop all the charges against Dr Blyden and Muckson.

The charges against them stem directly from their work as journalist, activist and peaceful citizens. This activity should not be punishable and is part of their professional capacity.

The Public Order Act No 46 of 1965 is outdated and not fit for purpose. Dictatorial government officials use the Public Order Act laws mainly against journalists and activists and the prospect of their use instills fear in the minds of people across the country. There is an urgent need to end the tyrannical criminal defamation laws, which unduly restrict freedom of expression. There are calls in Sierra Leone for the repeal of Part V of the 1965 Public Order Act dealing with libel laws.