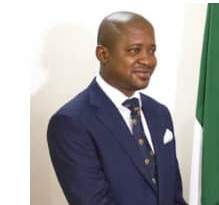 The office of the Ombudsman in Sierra Leone has been dragged to the Fast Track Commercial Court by the administrator of the late Justice Cornelius Harding, the owner of the building housing the said office on 26 Charlotte Street, Freetown.

The court action, according to a writ of summons dated 13th May, 2020, comes as a result of the failure on the part of the Office of the Ombudsman to pay a $ 90,000 (ninety thousand dollars) rent it has accrued for the last two years.

According to the particulars in the writ, since the rent for one year was paid in 2017, the office of the Ombudsman has refused to pay its yearly rent for the office its occupies.

The owners of the said premises according to sources have travelled to Sierra Leone from England on several occasions just to be told that the rent was not available.

Even more worrisome is the fact despite the failure of the office of the Ombudsman to pay the $45,000 (forty five thousand dollars) yearly rent, the Ombudsman himself continues to earn over forty million Leones a month as salary in a country where even ministers earn less talk less of the doctors, teachers and other government workers who earn pittances as salaries.

Aside from the above inequities, the office itself is not doing much under Leon Jenkins-Johnston as many people who are victims of administrative injustices have no remedy.

Prior to the Covid-19 pandemic, the Ombudsman took thousands of dollars as per diem for unproductive trips to Italy, South Africa and Nigeria.

Some quarters of the public are alleging that the only reason the rent has not been paid is because the property belongs to a Krio family. ‘’Had it belong to a Mende or Sherbro landlord, the rent would have been paid long ago.’’ Some members of the public stated.

The Krio owners have therefore vowed to fight to the end of the arrears of rent and for possession of their property and the office of the Ombudsman must find another building immediately after wards.