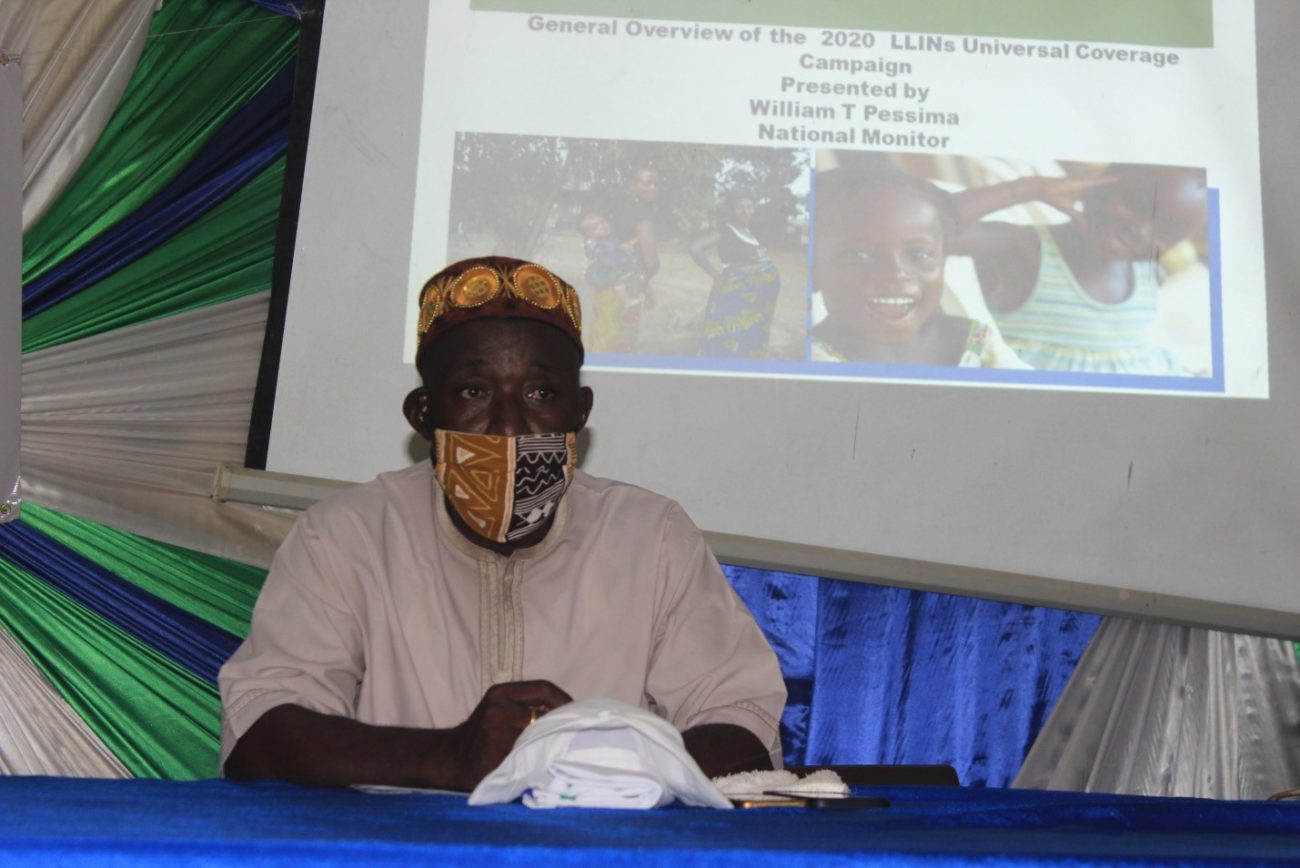 As the Mass Distribution Campaign of Insecticide Treated Mosquito Net continues in the 14 provincial districts, Paramount Chief Masakama Kanamanka III of Kholifa Rowalla Chiefdom in Tonkolili District has urged residents of the district to properly utilize the ongoing distributed mosquito net for the intended purpose, as they have been procured by government and its partners and distributed FREE of charge to prevent them and their families against malaria  which is not only cost effective but also easy to do.  (Photo: PC M.K III of Kholifa Rowalla Chiefdom)

He was speaking at the district launch of the LLINs Mass Distribution Campaign which was held at the Tonkolili District Council in Magburaka Township last week Friday.

While launching the campaign, the Paramount Chief of Kholifa Rowalla Chiefdom said that according to health authorities, Tonkolili districts is one of those districts with cases of high prevalence of malaria which he noted might be as a result of people not sleeping inside a treated anti-mosquito net and failure to utilize other FREE preventive services of malaria offered by the Ministry of Health and Sanitation, adding that this practice must stop as the loss of life of people through a preventable diseases like malaria is unacceptable and a financial burden to the government and partners which should have been utilized on other much needed aspect of health development.

He continued that the best way to death with malaria is to preventive it thereby preventing morbidity and mortality in the population, especially among valuable groups like children under-fives and pregnant women.

PC Masakama Kanamanka III further warned residents to utilize the malaria treated net for the intended purpose and that they should not be used for fishing, rapping of fruits and vegetables, harvesting of mangoes and other fruits and tying of charcoal bags, which he noted will prevent misuse of the valuable and much need lifesaving anti-mosquito net.

He appealed to residents of the entire district to continue cleaning their homes, communities and environments and prevent water to settle as mosquitoes can breed in clean and stable water in pot holes, tires, tins, cups, and ditch and in plantation.