To fight against the Spread of Covid-19 M.R. Distilleries Boosts Thunder Hill Community 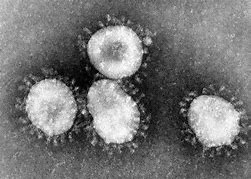 To fight against the Spread of Covid-19 M.R. Distilleries Boosts Thunder Hill Community

In a bid to compliment Government’s effort in the fight against the spread of the COVID-19 Pandemic, M.R Distilleries in partnership with the Chief Executive Officer and Chairman of Heritage Group of Companies, Commissioner Robert Kondema Kargbo, has over the weekend donated veronica buckets and other assorted items worth Millions of Leones to two constituencies in the East end of Freetown.

The ceremony which took place at the Thunder Hill Community was witnessed by several personalities including the Honorable Member of Constituency 118 Isaac Tarawallie alias “Zacko Tee”, the Community Head Chief Thomas Janneh, Representatives from Constituency 117 and Ward 411 and other community leaders.

In his opening statement, the Director of Cooperate Affairs- Heritage Group of Companies, Mr. Sylvanus Koroma said a donation of such nature is a demonstration of love from the CEO to the people of Thunder Hill and its environs, adding that such a kind gesture came at a time when government itself is constrained in providing logistical support to help in the fight against the spread of the virus especially in deprived communities.

In his statement, the Chairman and CEO of Heritage Group of Companies expressed thanks to God Almighty for making it possible to grace such an event noting that at a time like this when Covid-19 is ravaging first world countries, killing thousands of people globally, he felt the compelling need as an indigene of that community to come to their aid in making such a donation in conjunction with M.R. Distilleries.

He used the platform to caution residents of Thunder Hill Community on the need to come together in the fight against the spread of Covid-19 and to distance themselves from any approach that is partisan, political, tribal or regional base. Stating that Government alone cannot win the fight but collectively we can combat the virus.

”Since this is a global fight, I am making a personal appeal to every sierra Leonean to take the appropriate measures and precautions to fight off the Corona virus in our beloved nation. There is nothing we can gain if we tend to politicize it, COVID- 19 is real, it is a no respecter of colour, political party, age or region, we must therefore consider it a national fight to keep it at bay” Commissioner Kargbo warned.

Commissioner Kargbo commended the Presidents proactive steps in taking the lead in the fight against the spread of the virus, adding that the three days lock down that was aimed at tracking down all those suspected to have been exposed to affected COVID-19 patients during their quarantine period .

This he said helped to break the chain of transmission which was a great success.

He ended by admonishing community members to observe strict adherence to precautionary measures as a deterrent to the corona virus, especially maintaining social distancing by staying at home, regularly washing hands, cover mouth, nose when coughing or sneezing and to avoid handshakes.

In his response, the Hon. MP of Const. 118 Isaac Tarawallie commended the effort of Heritage Group of Companies and M.R. Distilleries stating that they appreciate the kind gesture citing that the donation came at a time when they as community leaders are constrained in providing logistical support to help in the fight.

Hon. Zecko Tee encouraged constituents to be disciplined and to abide by safety measures against COVID-19. He encouraged them to listen to messages from authorities concerned as these measures are vital for the good of all in fighting COVID-19 together.

“Corona virus has nothing to do with politics, the virus doesn’t cherry pick which party or region you are from, but together we can stay united in combating the spread of the virus,” Hon. Isaac Tarawallie cautioned.

On his part Chief Thomas Janneh applauded the support, which he described as “a timely intervention” by the CEO and Chairman of Heritage Group of Companies and M.R Distilleries. “We are grateful for such a donation”, said Chief Janneh.

Moreover, he promised that the donated items will be used for the intended purpose as there are lots of communities out there that need supplies of such nature. He lauded the proactive move by H.E the President in taking the leadership in the fight citing that the decision to impose a temporary ban on commercial flights and to quarantine those who have flown into the country was a step in the right direction. Had it not been so, the consequence would have devastating chief Janneh added.

The donated items were distributed to the Member of Parliament and Ward representatives for onward distribution to their respective communities.