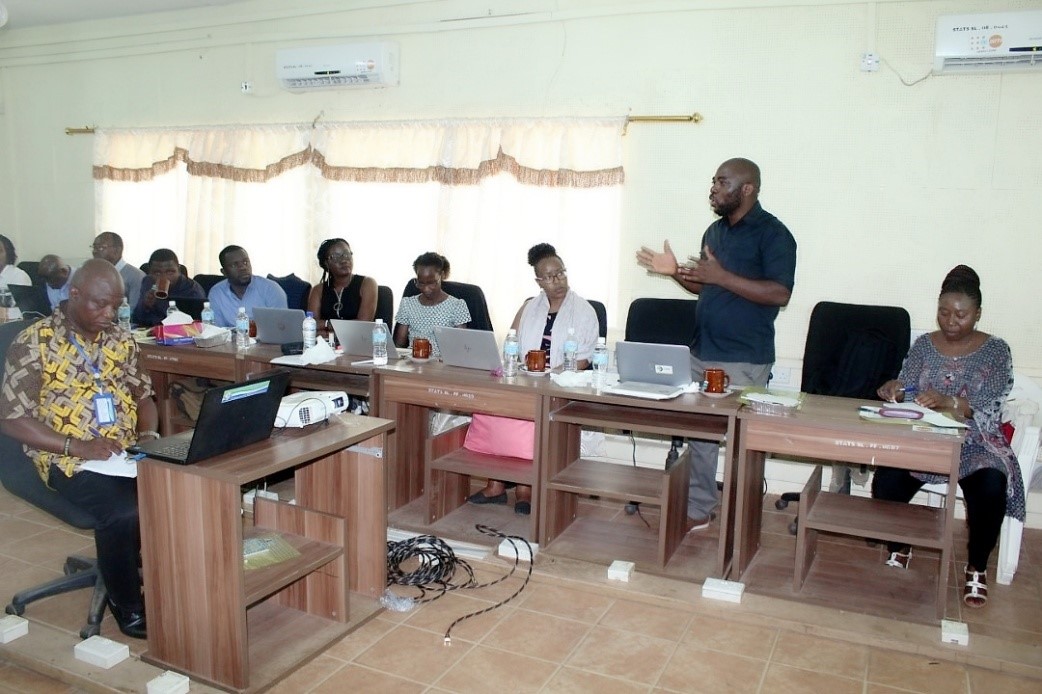 Stats SL, the authorised Government body responsible for the coordination, collection, compilation, analysis and dissemination of high quality and objective official statistics in Sierra Leone is playing host to the African Population and Health Research Centre(APHRC), an independent research institution based in Kenya, on the Access to Safe Abortion which falls under the “ *Challenging The Politics Of Social Exclusion(CPSE) Project*”, a four year project to be implemented in Sierra Leone. The engagement which started on the 12th of March 2020 at the Stats SL HQ on Tower Hill in Freetown and will run through to the 18th of March, aims to discuss the work plan for the research as well as review proposals for data collection, data management and storage as well as the dissemination plan for the *Access To Safe Abortion Study* .Sierra Leone is one of  7 countries including Kenya, Malawi, Zambia, Burkina Faso, Rwanda, and Liberia in which APHRC, Africa’s premier research think tank institution, will implement the CPSE project with specific focus on one of the layers, which is Access To Safe Abortion. The other two layers of the CPSE project are *Adolescents Sexual and Reproductive Health and Rights (SRHR)* and *Marginalized groups*.

Giving an overview of APHRC at the first day of the initial planning meeting, Boniface Ushie, a  senior researcher from APHRC said, his organization’s overall programmatic focus are: *Research Generation and Synthesis of Scientific Knowledge, Research Capacity Strengthening and Policy Engagement and Communications*.

He furthered that research has proven that *2 out of 3 abortions* in Africa are unsafe and because of the controversy that surrounds the topic of Abortion and its ensuing consequences, Sierra Leone was identified as one of the countries for this project for which Stats SL is to be its official partner so that credible data will be generated during the process

In his talk on behalf of management of Stats SL, the Technical Assistant to the SG/DSG of Stats SL, Dr Mohamed Korjie, underscored both Government and Private Sector trust in the work that Stats SL does especially under the leadership of Prof Osman Sankoh, who was recently elected as Rapporteur of the UN Statistical Commission and who incidentally is the only African in the UNSC Executive

He continued that the institution has the expertise to undertake whatever level of research work and that Stats SL has been the prime institution that does research work for both Government and its institutions like the National Commission for Social Action (NACSA) for which Stats SL is implementing the Social Safety Net (SSN),the recent National Tourism Census done by Stats SL on behalf of the Ministry of Tourism as well as an Ongoing Technical Program Baseline Survey implemented by Stats SL on behalf Of World Vision.

In addition, Dr Korjie added that the country’s most recent poverty profile status which is the Sierra Leone Integrated Household Survey(SLIHS) 2018 ,was done and released last year by Stats SL together with the recent Demographic and Health Survey Key Indicator Report which was also released last year for which a full report is to be published this march, which he says are all works of Stats SL

The 5 man visiting APHRC team comprising Boniface Ushie, Grace Kibunja, Kenneth Juma, Meggie Mwoka and Winnie Opondo, will hold a nationwide consultative Stakeholders Meeting with Ministries,Departmets and Agencies of Government, Advocacy NGOS, Civil Society Organisations and Journalists on Access To Safe Abortion on Tuesday  17th March,2020 at the Golden Tulip Hotel in Freetown, during which Citizens’ participation and involvement in the process will be sought

No Refrigerator to Preserve Vaccin...