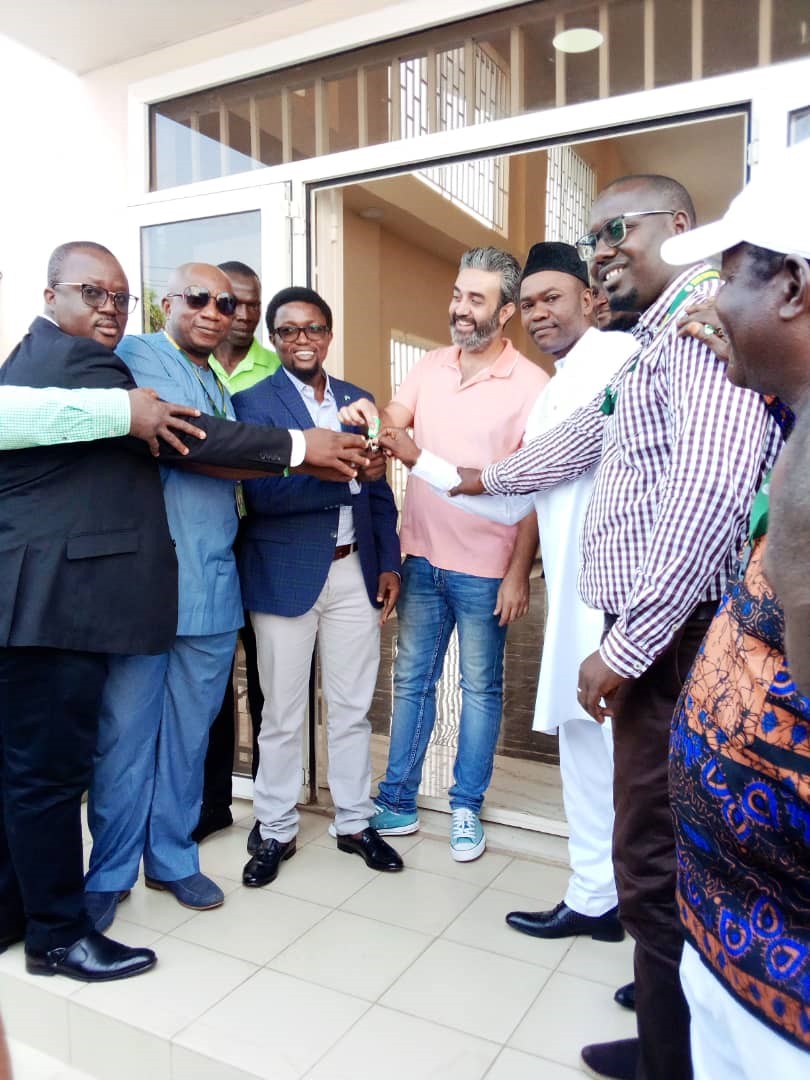 Randlyn Holdings, a Sierra Leone Company owned by Abdul Hamid Hajj Fawaz has on Thursday, 19th March, 2020, in a low key ceremony as part of preventive measures on the spread of Corona Virus, handed over the newly constructed Freetown Ferry Terminal edifice to the Management of the Sierra Leone Ports Authority.

The new ferry terminal was constructed and hundred percent (100%) funded by Randlyn Holdings and Fawaz Building Materials, who is known to be one among many few local investors in Sierra Leone.

Addressing the ceremony before the official handing over of the facility to the government of Sierra Leone through the Sierra Leone Ports Authority, Mazen El Safadi, Managing Director of Randlyn Holdings said the new Ferry Terminal is a state of the art facility comprising public toilet, 20 guest rooms, proper arrival and departure lounge as well as other offices. He added that the terminal is well equipped and befitting its status. He pointed out that though they were faced with so many challenges during the construction work but that they were able to achieve the desired impacts.

He called on government to ensure the facility is well maintained so that it will serve its purpose.

He concluded by thanking the Government of Sierra Leone in general and the management of Port Authority in particular for providing the enabling environment and the necessary moral  support throughout the construction period and further thanked the community members whom he said had been cooperative throughout.

Director of Operations at the Sierra Leone Ports Authority, Foday Manso Koroma said the handing over ceremony of the building came at the right time. ‘’This is because we are going to start using this facility in order to prepare ourselves as against the corona virus. One good thing about this building is that the facility is built to standard and hence will help to reduce clustering of passengers.’’ Koroma said, adding that the government of President Julius Bio is very determined to see that mechanisms are being put in place in order to prevent Sierra Leone and its citizens against the corona virus.  He extended thanks and appreciations to Randlyn Holdings -Fawaz Building Materials for the beautiful edifice and assured that  the facility will be well taken care of in order to serve its purpose.