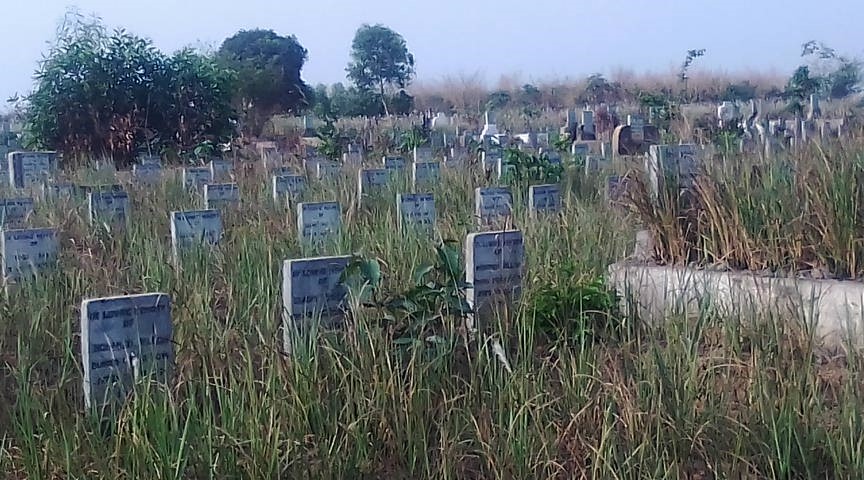 Hundreds of youths at the Western Area Rural District Council (WARD C) on Thursday 20th February 2020 disclosed to this medium that the Ebola, Mudslide and Flood Victims Memorial Site at Bolima community via Korea Secondary School, Waterloo is in deplorable state.

According to some of the youths who this medium spoke to, says the 14th August 2017 Mudslide and Flood Victims memorial site has been exposed to chaos on a regular basis because of what they described as bad land agreement between community landowners and Government which if not addressed now, will lead to rampant encroachment at the burial site.

The desperate young people said, the memorial site has been used over the years as hideout for criminals that usually perpetrating violence against innocent citizens’ especially during odd hours.

They said, light facility in the whole environ is absent and that criminal activities will be very difficult to address if the site is not transform to a better one.

They continue that land disputes are on the increase at the moment as a result of the ongoing development taking place in the district, noting that council is well aware of the ugly incidences but fail to perform according to their core mandate.

They said the site does not look like a monument ground where both national and international visitors were expected to come and pay tribute to victims, adding the site does not have proper structure to accommodate volunteers during operational periods.

“Some of us we  were deployed at the memorial park as emergency priority volunteers by WARD C with a total of ten man power “,community youths confirmed.

The aggrieved youths further disclosed to this medium that they have been receiving incentives during natural disasters but now they were only compensated for brushing the site with no proper installation of sanitation post for visitors who may want to pay tribute to their late relatives.

In that regards, the community youths were calling on the management of WARD C, donor partners and line Ministries Departments and Agencies (MDAs) to provide support for the improvement of the Memorial park for future reference.

Responding on behalf of WARD C, the Finance Officer, Amadu Barrie said council has been so effective in all these years to sustain the cleaning of the site on a regular basis through a project with the Japans government.

The Finance Officer said, plans are on the way to improve the site to a monument home and that they have put mechanism in place to reduce the illegal activities especially with regards land encroachment issues.

He said council alone cannot succeed without the support of residents in the vicinity but assure this medium that council will continue to strengthen surveillance systems for the safety of the indigenes and visitors as well.

Mr .Barrie however denies all the allegations made by community representatives and mentioned the level of understanding the council had made so far to protect the site.

The Finance Officer went further to lament on the various challenges they have been faced to transform the memorial site from its deplorable state to a modernized one.

Bring Back Our ‘Cosmetics Light’!...